Expose` with copious and cogent evidence ! 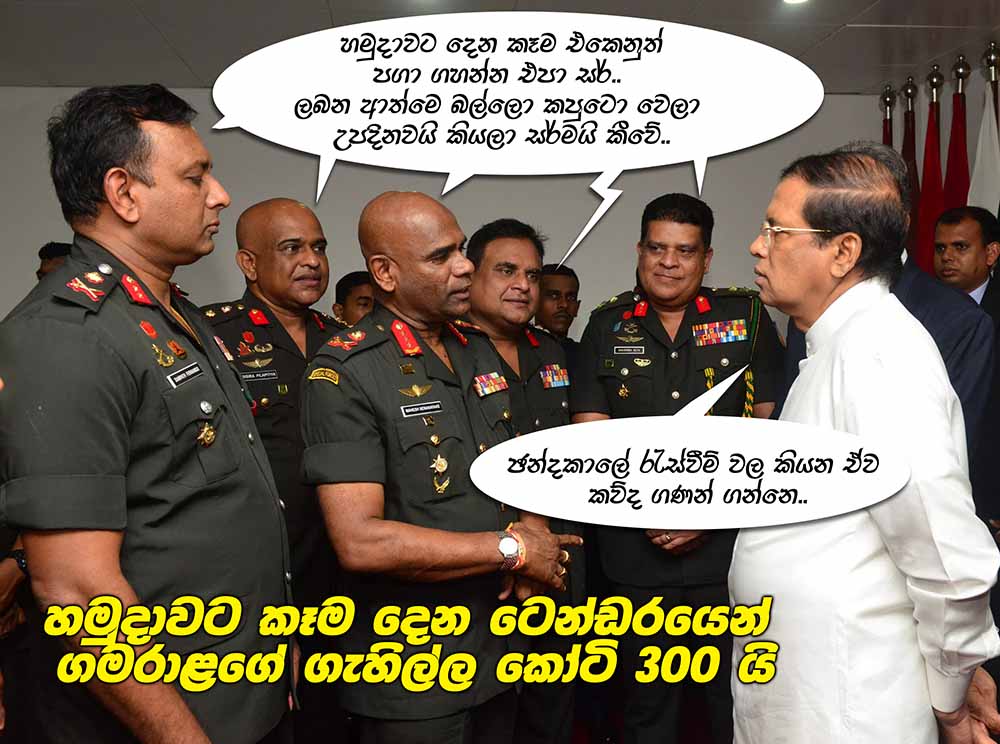 (Lanka-e-News - 24.May.2018, 11.45PM) While the tender for the supply of food to the security forces for the year 2018 has been confirmed as absolutely corrupt , and complaints have been made to the Bribery and Corruption Commission as well as the FCID in that regard following  an adjournment debate in parliament , yet most shockingly and unbelievably , president Gamarala the highest in the hierarchy of the country himself has presented  a paper to the cabinet on the 21 st to get approval for this most corruption tainted tender.

(The relevant section of the cabinet paper is herein ). What is even more shocking is ,this is a tender which  involves a sum of over Rs. 20,000 million ( Rs.20  billion !)  which is in excess of the amount  last year by a whopping Rs. 3000 million! Fortunately, this corruption ridden tender of the president was not approved by the cabinet on that day though the president tried to steer it forward with vim and vigor by submitting a cabinet paper.

As Lanka e news pointed out in its reports earlier on , though this tender should have been concluded by 31 st December  2017  ,this corrupt controversial tender had been dragged on  into this year (2018) , and even after 5 months have elapsed this year , it had not been possible to arrive at a final decision on it.

This is solely and wholly because of  the sly plans  to collect bribes via this tender by  the infamous  crooked bribe taker group of  the president     were foiled , and they therefore  making attempts  to explore every other available avenue  to somehow achieve their dastardly and diabolic  designs.

It is because Buddhika Pathirane M.P. lodged complaints with the Bribery and Corruption Commission as well as the FCID , and the COPE Committee too making a request , the Auditor General is conducting a separate investigation .

Even during the most notorious corrupt regime of Rajapkses while the war was on and forces had a bigger number of  members, never did the tender for the supply of food exceed Rs. 2 billion . Therefore Gamarala has broken that corrupt record too to the detriment of the country.

As soon as this government was installed in power , with the halting of bosom pals of corrupt Rajapakses alone making tender bids , and allowing anyone to take part in the tender bids , in 2016 ,  the tender bid  could be reduced by about Rs. 1550 million  which meant , until that time that amount was pocketed by the ‘Rajapakse  regime’.  But now shockingly , the tender bid has shot up by about Rs. 3000 million , and the full tender amount   now in the grip of ‘Gamarala regime’ has exceeded Rs. 20 billion !

A most detestable disgraceful endeavor…

It is significant to note , in the cabinet paper presented by Gamarala on the 21 st , in addition to the tender bid  being corruption tainted, he shamelessly and despicably  had moved heaven and earth to get approval for this  corrupt endeavor.

This is the modus operandi..

Calling for tender bids first comes under the purview of the Procurement Board. Subsequently , it is turned over to the Technical Committee . Based on the latter’s  recommendations ,  the procurement committee  awards the tenders to the deserving bidders.

However in this instance the Procurement board had not  abided by the recommendations of the Technical committee, and awarded the tenders to their favorites and cronies , owing to which  those genuine bidders  who were deprived had turned rebellious.

The defense concocted by Gamarala’s two stooges , namely Waidyaratne the defense secretary , and Ms. Kamani Hettiarachchi the accountant was , the low tender bids of the  deserving  bidders  were  not reliable. In this connection the appeal committee in the defense ministry was requested to investigate and deliver a decision. Accordingly , the appeal committee delivered a verdict that the decision of the procurement board was erroneous.

Gamarala’s moronic explanation after kicking off  the appeal ..

Sadly , it is despite  this backdrop, in the cabinet paper submitted to the cabinet on the 21 st it was  stated , the tenders shall be awarded to those in favor of whom  the Procurement board has again decided .(Read page 5 –the section regarding  approval sought )

This is the biggest joke of the century. Anywhere in the world when a decision given  is heard in an appeal , and if in the appeal a verdict is delivered  , it is the decision based on the  appeal that is followed , and not the earlier decision. However according to our president  Gamarala Sillysena ,  it is not the decision of his own  appeal committee but  it is the previous decision  of the procurement board that should be followed. If that is so , why on earth is he having an appeal committee ? Is it to hear the appeals made by the lunatic pals  of  Gamarala’s  loony bin from which he alone has managed to escape  ?

By analogy , this is akin to  Sillysena saying , though  the appeal court decision is delivered, it is  the earlier High  court decision which   overrides.

Gamarala ‘s  camouflage tactics  in relation to the  cabinet paper unfolds another story . Under 4.1 and 4.2 of page 6 ,this camouflage  is tantamount to  a massive crime. Yet the request has been  made to bring this tender process under the defense secretary with the approval of the procurement board , and its operation under the commanders of the forces with the permission of the defense secretary. Nothing can be more ridiculous and ludicrous than this.  The Procurement board is under the defense secretary , and the commanders of the three forces are members of that committee. That means  Gamarala has duped the cabinet by requesting it to entrust the task to the same group while using different names.

In the ‘charming’ cabinet paper of Gamarala , its tail end – the fifth part  of page 6 is most fascinating. It  says , if the approval cannot be granted to this tender (corruption tainted), without following the old prices  of 2017 ,  to  give the approval  only to  the part that is corruption tainted , and if necessary let the whole tender process be commenced again.

If that is adhered to  , since half the year 2018 is almost over , it will not be possible to remedy the  tender process until this year is out. That is , tenders will have to be called for the year 2019. Besides , while being fully aware the whole scenario is  corrupt, isn’t it absolute madness to  request to  give approval to a part of it ? In the circumstances , can there be a more self degrading and shameless president  on this planet ?

The only reasonable inference that can be drawn from these donkey antics and monkey acrobatics of Gamarala is , he has no ability to  rule this country , and he only excels in committing  daylight robbery through tenders.

President Gamarala in his eagerness to oust P.M. has outrun his sureness : Derelicts duties and causes Rs. 1500 million loss to govt. !! 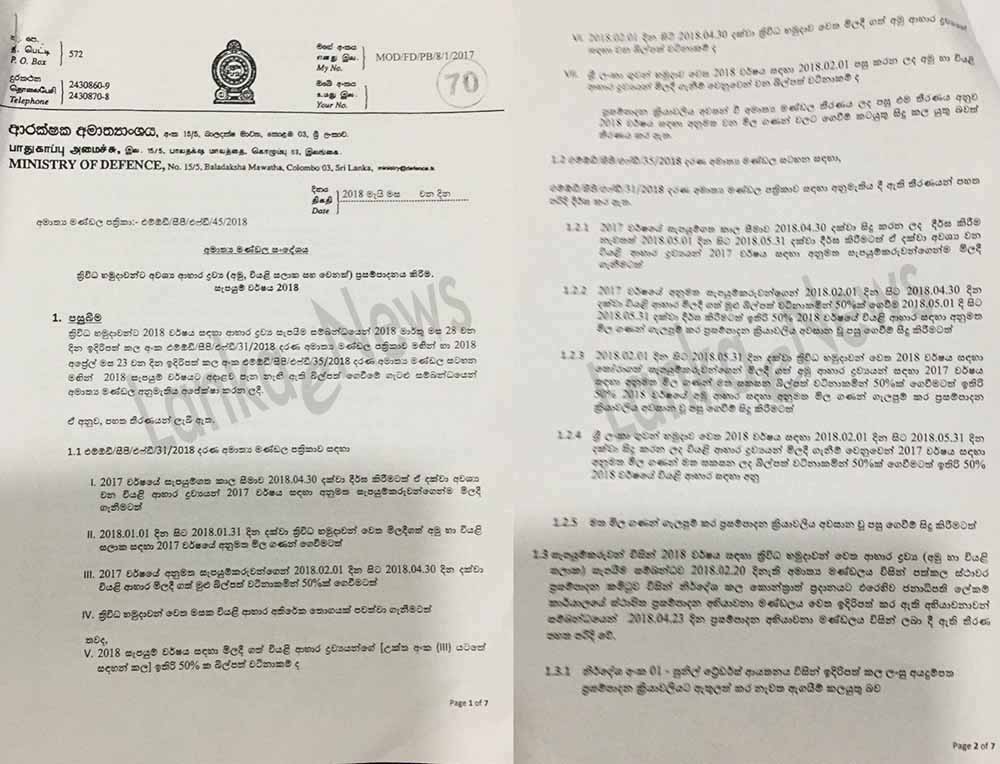 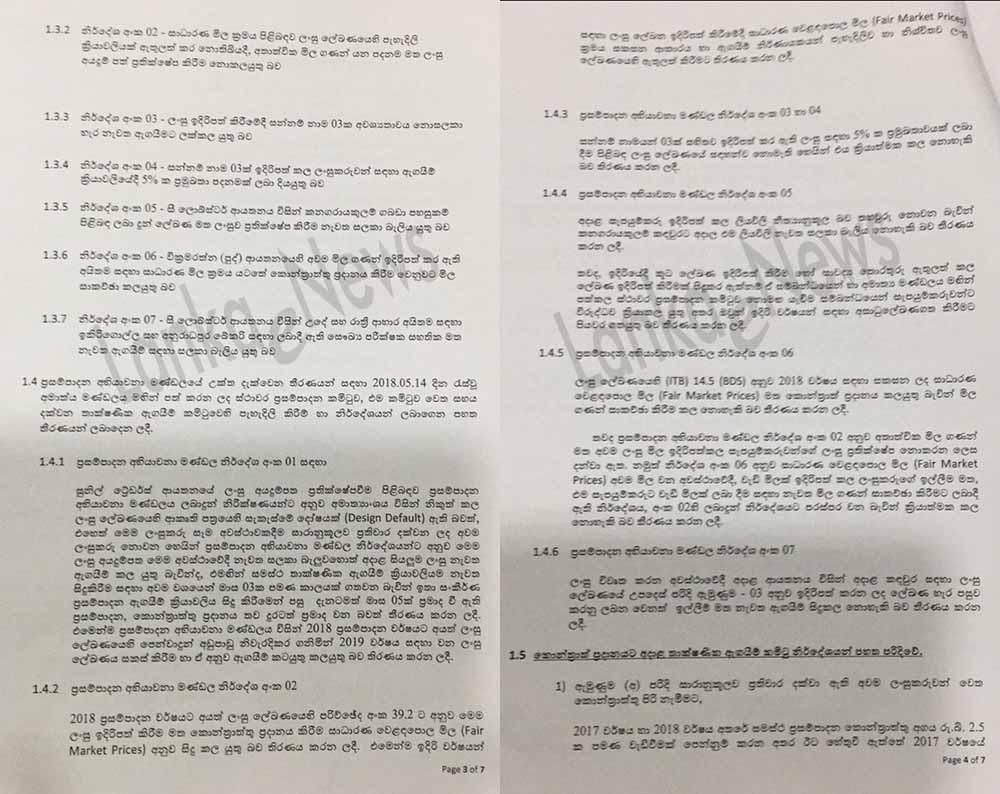 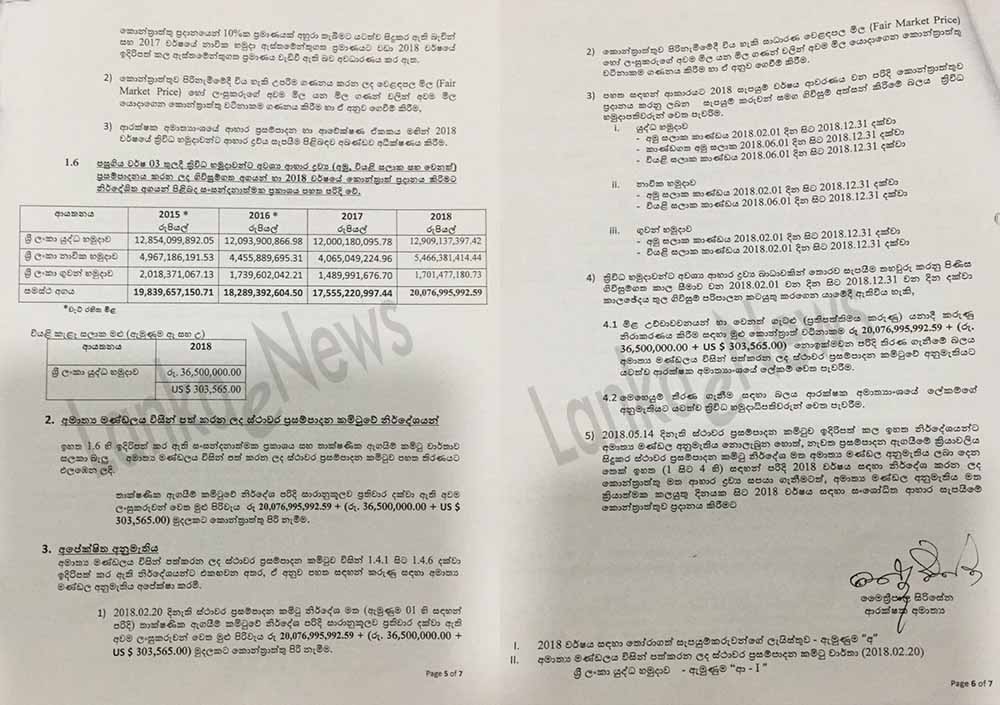