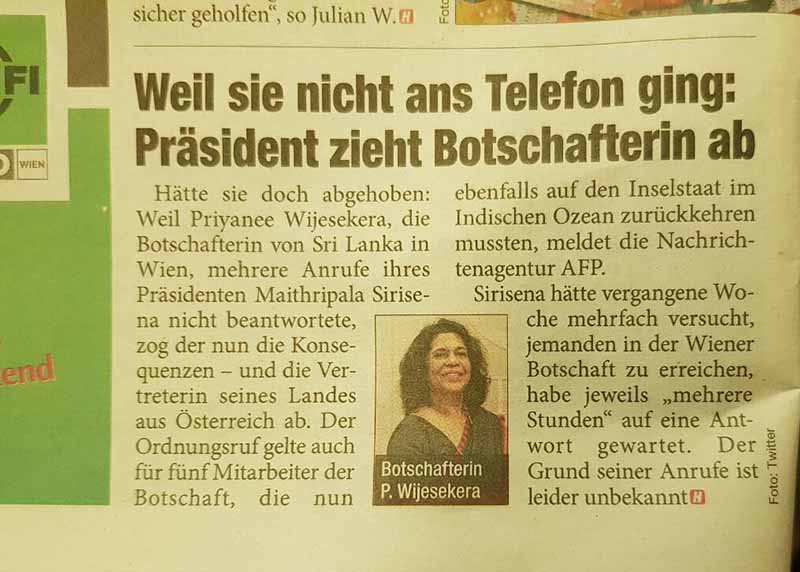 (Lanka e News – 18.Sep.2018, 7.05PM) It is a pity President Gamarala has become the butt of everybody’s joke locally and internationally after his announcement that the food supply of the National Aviation service is fit only for the dogs , and his demented behavior when he called back the entire staff of SL’s embassy abroad because his telephone call was not answered . Aside from his becoming a joker before the country and the world , he has also soiled the entire image of the already grieving mother Lanka again internationally.

Sadly , the incidents were splashed in the front pages of the foreign newspapers like Gulf news as well as in the French , Austrian and German newspapers treating the incidents as ost ludicrous while also making insinuations that Gamarala is a joker. One newspaper at the end of the article stated humorously , ‘if your president gives a call , don’t forget to answer , otherwise you will be recalled to your country’ , as a warning to the Sri Lankans abroad. This jocular reference was an insult not only to the Sri Lankans but to the entire country.

Another newspaper highlighted , Priyani Wijesekera who was recalled allegedly for disgracing the president is a most senior state officer who had been a parliamentary general secretary even before the president became a parliamentarian for the first time.

The good governance government after coming to power announced loudly and proudly that it refurbished the international image of the motherland which was torn into shreds by the Rajapakses. Now, it is very unfortunate president Gamarala in his demented state is tarnishing it with the enthusiasm of a bull in a China shop.

It is the duty of the UNP which is a part of the government to take a firm stand against the madcap conduct of Gamarala before it is to late .The world does not know this is a president who is clinging on to the very political party again which he strived to defeat on a people’s mandate he received. To the world however both the demented president and the prime minister are leaders of the same consensual government..

It is very unfortunate because of the consensual agreement entered into by the P.M. , his party and he are also accountable for every madness of president Gamarala alias Sillysena and his clownish actions. Hence , it is high time the UNP leaders took a decision on , whether , are they to continue this way and court inevitable irretrievable disaster or discontinue? Such a decision is important and imperative at this juncture because it is most vital and crucial to the party and the country as a whole.

The whole nation and its future cannot be placed in jeopardy because of one uneducated loony from the loony bin.

Herein are the media reports of international newspapers which were sent to us by our viewers living abroad.

Might we recall, it was Lanka e news always first with the news and best with the views that first reported the incident . It was reported under the following caption 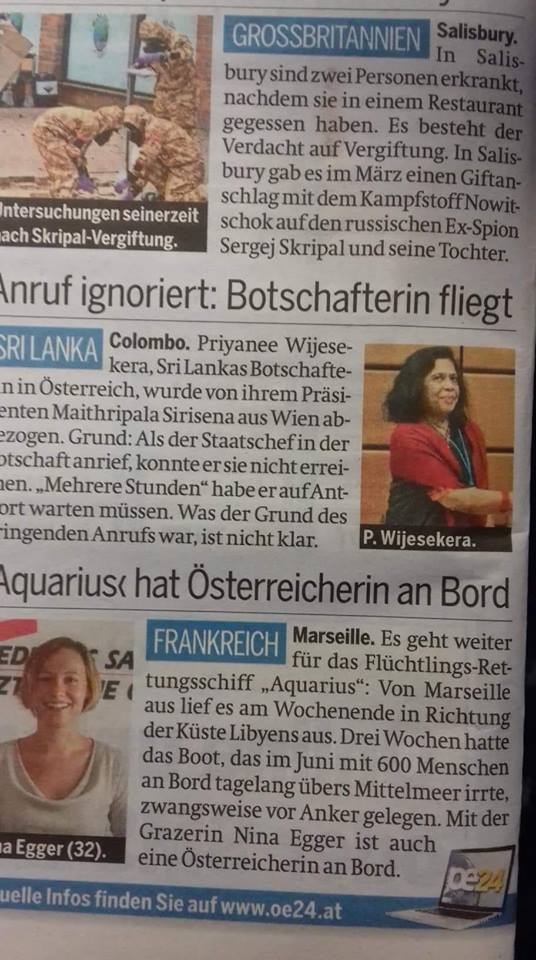 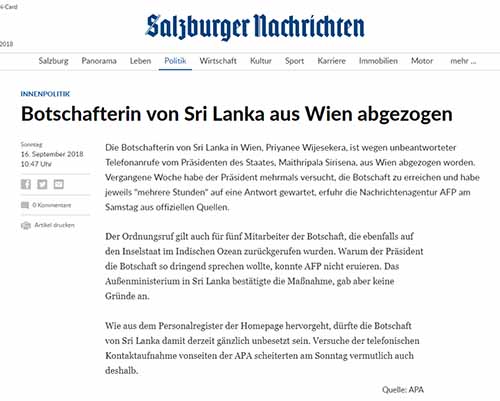 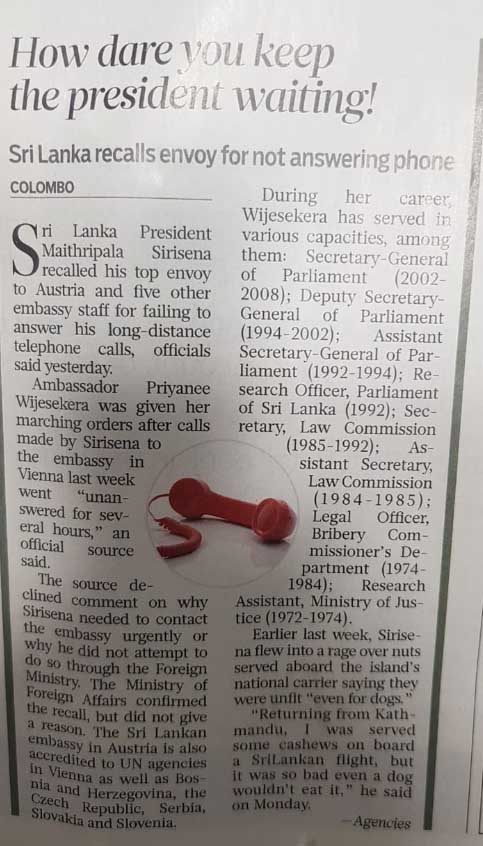 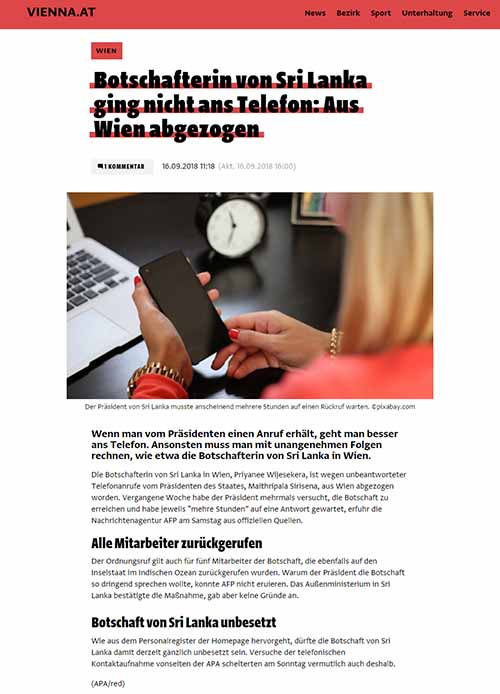