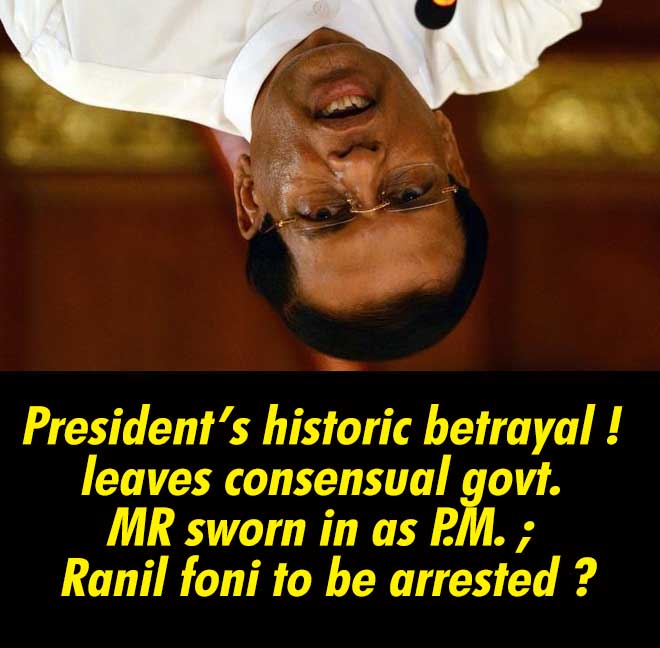 (Lanka e News -26.Oct.2018, 11.30PM) SLFP the constituent party (whose chief is president Pallewatte Gamarala) of the UNF led consensual government some moments ago informed it is resigning from the consensual government. The secretary of SLFP Mahinda Amaraweera had sent a letter to that effect to the speaker , reports say. At the same time the pro president media reported that Mahinda Rajapakse was sworn in as prime minister.

However minister of finance and mass media Mangala Samaraweera said , under the 19 th amendment this is absolutely unlawful.