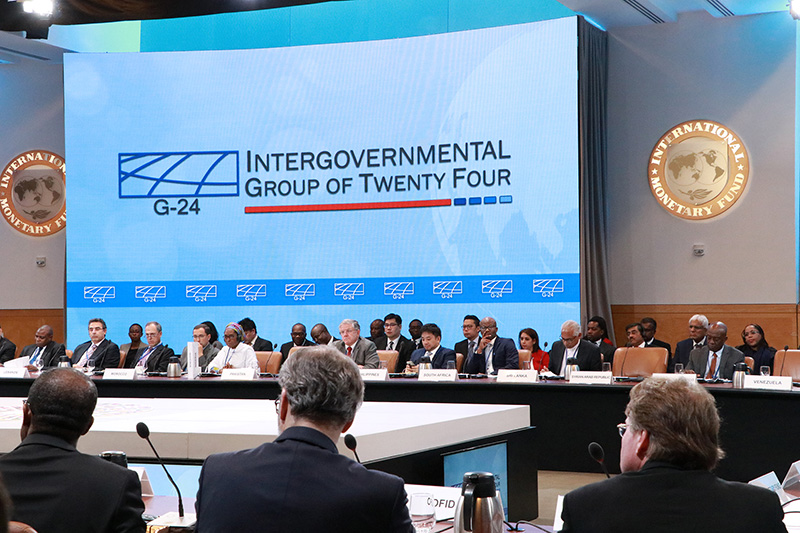 On the sidelines, Minister Wickramaratne also held discussions with Ambassador Alice Wells, Principal Deputy Assistant Secretary for South and Central Asian Affairs of the State during which they focused on the trajectory of US  - SL relations, Sri Lanka’s micro and macro economic fundamentals,  prospects for investment led economic growth, US’s Indo – Pacific Strategy viz a viz prospects for collaboration for regional peace, security and development, US - SL Partnership Dialogue, MCC Compact among others.  They also discussed opportunities for US companies to invest in Sri Lanka’s infrastructure, ports and other potential sectors including the international financial city. Chargé d'Affaires, Sarath Dissanayake associated with the Minister at discussions.

Minister Wickramaratne also took part in a closed door - round table discussion at the Heritage Foundation in Washington DC on Sri Lanka – US relations and the prospects for promoting peace, security, trade and investment opportunities in South Asia.  He elaborated on Sri Lanka’s balanced foreign policy and assured the continuance of relations with its traditional regional partners. Minister Wickramaratne also attended the Ministerial Dialogue of the Vulnerable 20 Group where he emphasized the need for more research to inform climate policy in Sri Lanka.  He called on the development partners of the V20 to focus their funding on climate adaptation and disaster risk reduction.

It may be recalled that Minister of Finance, Mangala Samarawerra who visited DC in January 2019 accompanied by State Minister, Dr Harsha De Silva and high ranking Treasury and Central Bank officials, too took the initiative to brief the IMF, World Bank and US officials on the prospects and opportunities for international lenders and US to invest in Sri Lanka’s financial, infrastructure and other emerging sectors during his visit.

The Office of the IMF Alternate Executive Director, Mahinda Siriwardena and staff of the Sri Lankan Embassy in Washington DC facilitated the programme and all arrangements of the Minister and delegation in DC. 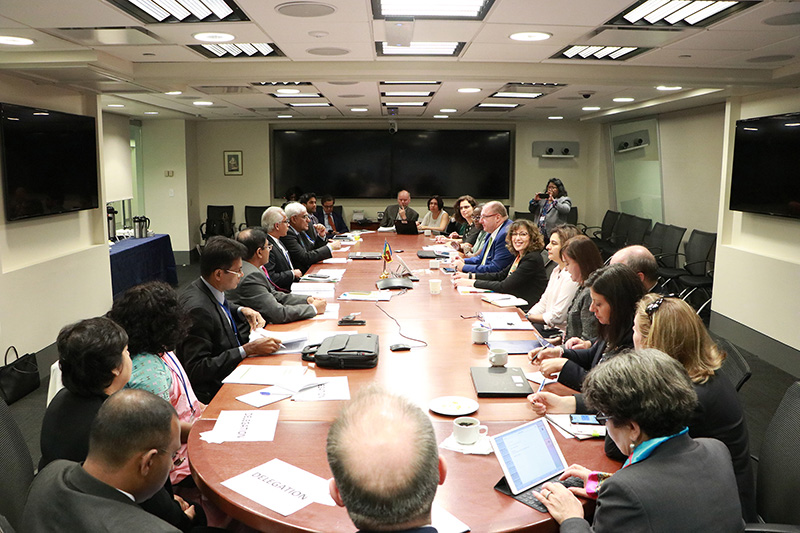