Intelligence report submitted before, India has already warned, President already knows, did nothing to prevent but escaped, Lets chase the traitor, Ranil too accountable !! 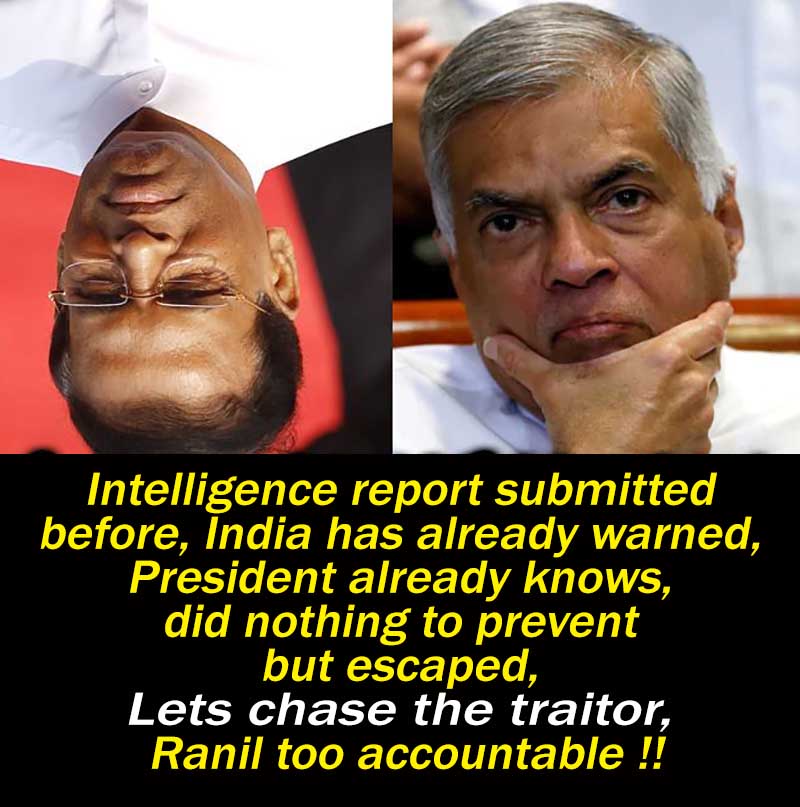 (Lanka e News - 22.April.2019, 11.30PM) Now it is confirmed that president Pallewatta gamarala was well aware about the suicide attack before and got out of the country without taking any measures to prevent the catastrophe.

On the 4th of April State intelligence Service (SIS) has given a report to Pallewatta Gamarala about the suicide mission planned to be carried out by the leader of National Thawheed Jamath Mohamed Zaharan targeting catholic churches and the Indian high commission, You can read the full description of the report attached below. Meantime a copy of the SIS report has been submitted to the IGP too. In the warning letter issued by DIG Priyalal Dassanayake on the 11th of April too has stated about this intelligence report. The despicable attorney general who always comes forward to save president Gamarala said that it was a false letter but today DIG Priyalal Dassanayake once again confirmed that the letter issued by him was a true one.

The Indian high commissioner too has personally called the president during the first week of April and informed about this destruction.

However President Pallewatta Gamarala without convening the Security Council and discuss about the catastrophe, has secured himself and his family and visited Thiruppathy India. Following Thirupathy he has visited Singapore. In Singapore he had a secret discussion and fixed a mega deal with one businessmen named Bernard who owns Oriental Connection Pvt Ltd during the last few months of his stay as president. Although he could have come to Sri Lanka within four hours, Pallewatta Gamarala came to Sri Lanka last midnight when a Sri Lankan airline went to Singapore to pick him up from Colombo.

Following the October 26th conspiracy, prime minister and the deputy defense minister has been prohibited to enter the Security Council

Following the October 26th conspiracy the president has not called the Prime Minister or the deputy defense minister to any of the Security Council meetings. Behalf of them Gamarala has included opposition mp’s such Thilanga Sumathipala, Mahinda Amaraweera and Lasantha Alagiyawanna to the meeting.

While Gamarala giving seats to defeated politicians to the Security Council meetings, following his arrival from Singapore, he has denied the cabinet ministers to enter the Security Council and question the heads of the security forces and discuss about the present situation.

People should remember despite keeping an experienced security intelligence chief field marshall Sarath Fonseka in the country, Gamarala always pulverized him to a corner

As Lanka e News reported president Gamarala went outside Sri Lanka without following any protocols and without officially handing over the responsibilities to the defense ministry or to the deputy defense minister. Therefore the government faced a crisis when taking emergency decisions following the explosions.

President is a traitor but Ranil is also responsible

From all the incidents above it is very clear that Pallewatta Gamarala is a traitor. Once this traitor violated the constitution and made a 1000 million USD loss for the country. Prime Minister Ranil Wickramasinghe too should bear the responsibility for not ousting from the presidency within an hour
following the illegal conspiracy on October 26th. The premier is exposing now that he and the deputy defense minister was not allowed to participate in the Security Council meetings, following a major catastrophe the country has ever faced. He should have raised this issue in the parliament before and made awareness to the public and to the speaker. He did not do anything as such.

Traitor should be chased

However what is important now is to remove this traitor who did not take any security measures to save the people from this disaster from the presidency as soon as possible. It appears that Gamarala has a habit of hiding himself from catastrophes because he similarly hid himself in a coconut garden in Kurunegala on the day of the presidential election.

This traitor is directly responsible for the 300 lives lost and for the 600 people injured. All patriotic people of the country should come together to chase this traitor who plunged our country to such an economic downfall. If not this traitor Gamarala will drag the country into further crisis. 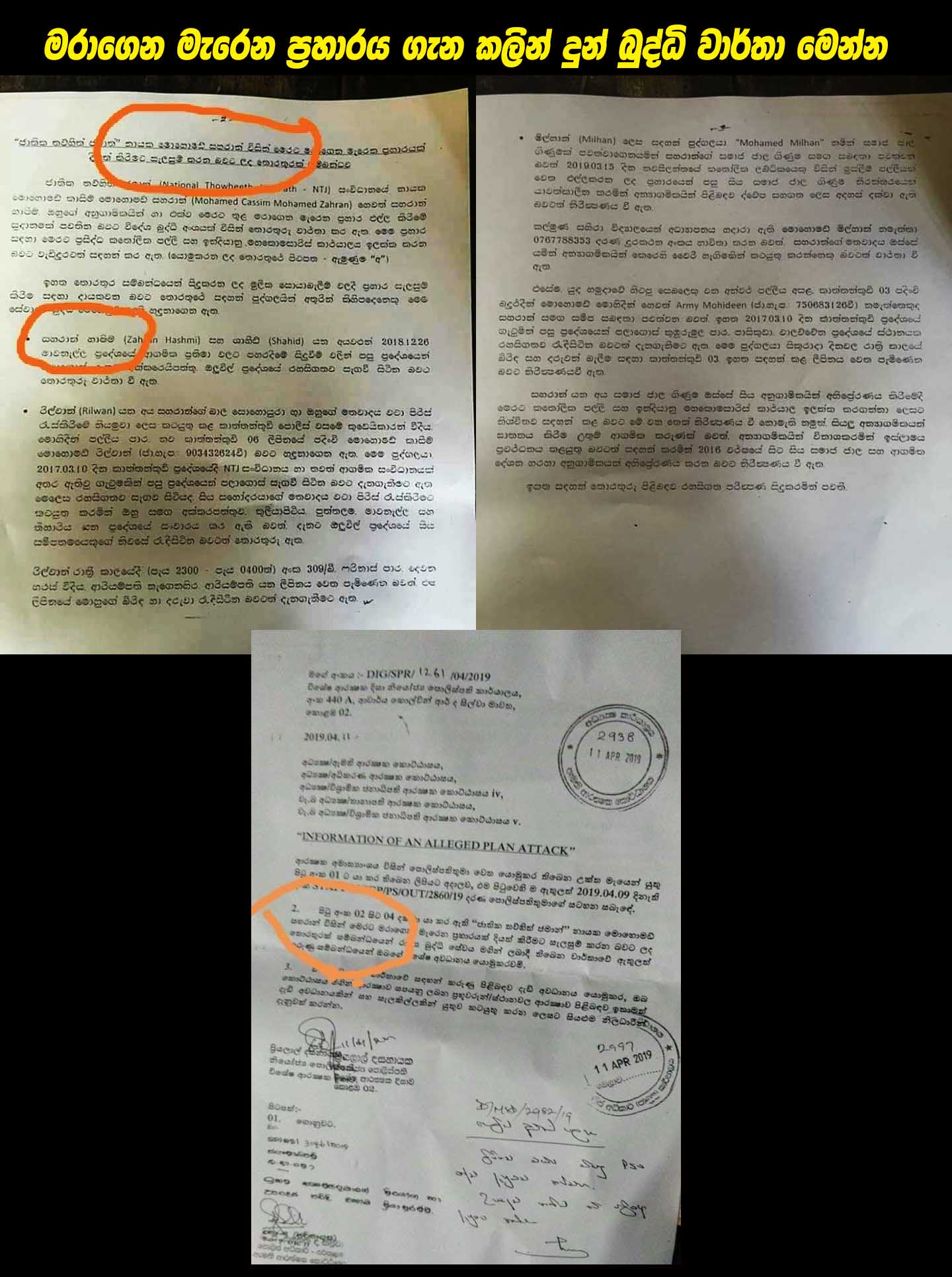