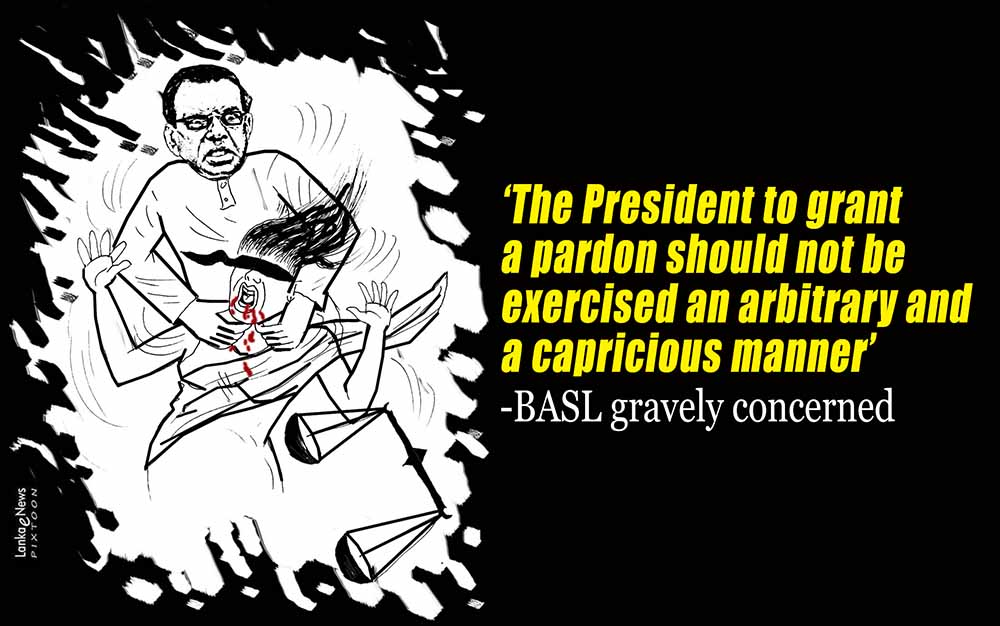 (Lanka e News - 29.May.2019, 8.30AM) The attention of the Bar Association of Sri Lanka (BASL) has been drawn in the recent past  to a series of incidents which appears to have a serious impact on the Rule of Law and the independence of the Judiciary.

The BASL has always considered the Judiciary and the Legal Profession as two units of the same component. Any impairment of one affects the other.

It was recently reported in the electronic media that a politician holding a high office in the Eastern Province has been quoted as having made a speech about the transfer of a member of the Judiciary. While the authenticity of the video recording and the audio tape has to be ascertained primarily, if the above statement has been actually made, it raises serious concerns on the independence of the Judiciary being interfered with.

The BASL has taken note of the contents of the audio visual that has been released by the media. The BASL holds the view that it would be extremely unfair by any individual to comment upon such an audio-visual without ascertaining the originality and the authenticity of the above recording. We also hold the view that the contents of the audio-visual, if proven to be accurate, undermines the independence of the Judiciary.

We also observe that another politician holding High Office in the Western Province has also made a statement to the effect that he could name a member of the Judiciary who may be involved in subversive activities. Even though this was made as a public statement, it is unfortunate that no further action appears to have been taken in this regard by the authorities.

The above matters were highlighted at the Bar Council meeting held on Saturday the 25th of May 2019.

A further matter for concern is the recent act by His Excellency the President in granting a Presidential pardon to a monk who was serving a sentence by the Court of Appeal for Contempt of Court committed in the presence of the Homagama Magistrate. It is relevant to note that the Court of Appeal exercises jurisdiction in respect of Contempt of Court in terms of Article 105 (1) of the Constitution.

The Judiciary in Sri Lanka is studded with an illustrious history, dating back to 1801 when the Supreme Court of Sri Lanka was established during the British rule. It has survived over 2 centuries due to the dignity and the respect it has commanded and the confidence the public has had in it.

The Bar Association is of the opinion that the Constitutional power given to His Excellency the President to grant a pardon should not be exercised arbitrarily or based on irrelevant considerations. Even though such power is unquestionable, the exercise of such power should take place based on sound legal principles and reasoning. Any departure from these considerations would shake the very foundations of the Rule of Law and would shock the conscience of those who value an independent Judiciary.

Regrettably, even in the past, some previous presidents have exercised the power of pardon, vested in them, under the Constitution, in a similar manner. We hold the view that such an exercise of power is detrimental to the Rule of Law and the independence of the Judiciary.

The BASL is gravely concerned of this power being exercised in such a manner in all the above instances. We hold the view that the power of pardon granted under the Constitution should not be exercised in an arbitrary and a capricious manner,  without consulting the vital stakeholders, namely,  the Court which imposed the sentence and The Honorable Attorney General.

Being mindful of the fact that there are no guidelines for the exercise of such power, the BASL is of the strong view that the consultative process referred to above would ensure that such a power should be reasonably exercised without leaving any room for loss of public confidence and for undermining the independence of the Judiciary.