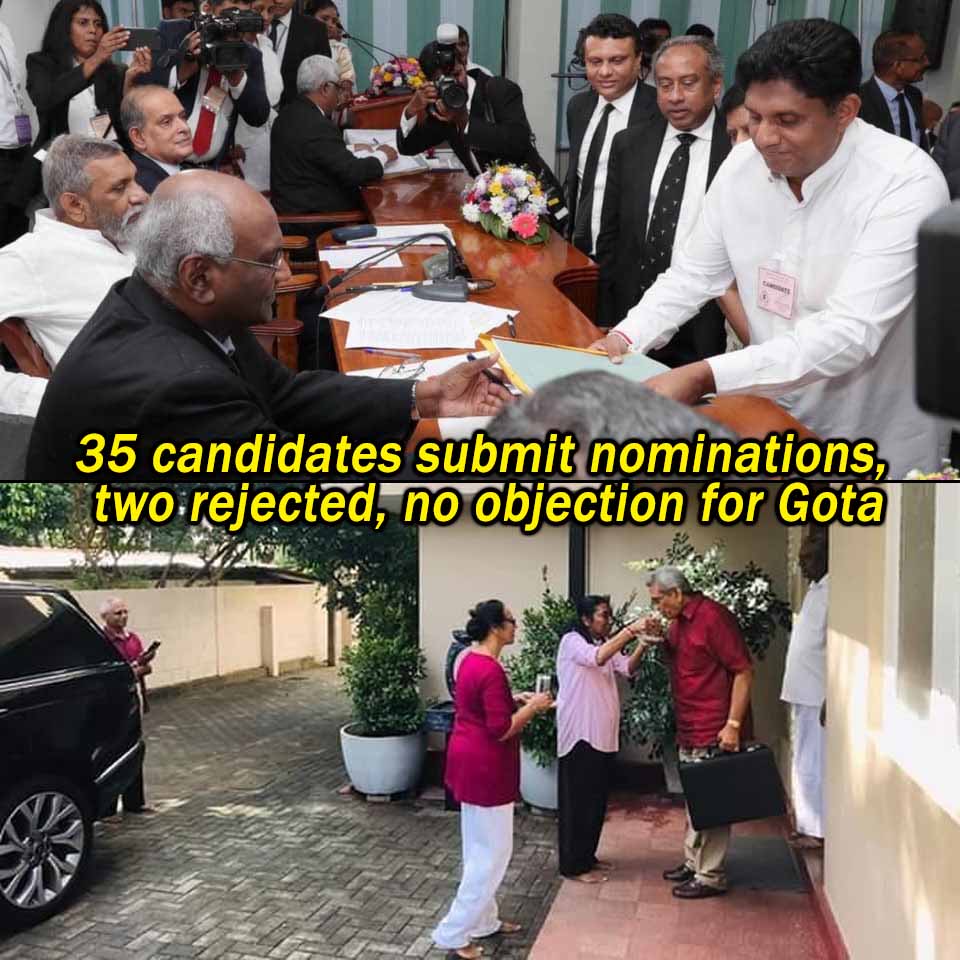 (Lanka-e-News -07.Oct.2019 -10.20PM) 35 candidates submitted their nominations to the Election Commission today 7th october. 41 people have placed their deposits, but six people have not filed nominations. Chamal Rajapaksa and Kumara Welgama were among those who did not hand over nominations.

Sajith Premadasa handed over the nomination with the swan symbol and Gotabhaya Rajapaksa handed over the nomination from the Pohottuwa symbol. While no one from the SLFP has come forward to contest, it is believed that one group will support Gotabhaya and another group will support Sajith Premadasa. Although Maithripala Sirisena has told the SLFP MPs yesterday that he will not step in to the Pohottuwa stage only God above knows what decision he will make today.

In protesting the nomination, the Election Commission accepts only technical issues, and the commission did not take a decision about Gotas American citizenship or file an objection due to concerns of fear. However, it is learnt that a petition would be filed in the Supreme Court against his US citizenship. Lanka e news will bring separate news about the contents in the objection.

Following is the list of the nominees who presented their nominatios.