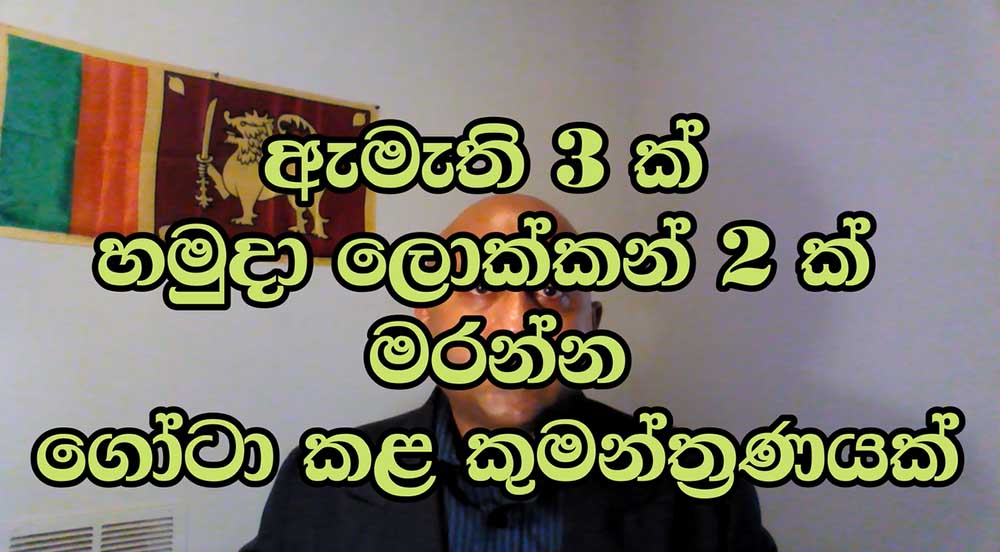 (Lanka-e-News- 13.Nov.2019, 9.45PM) Retired Army Major Major Hasitha Siriwardena revealed a conspiracy of Gotabhaya Rajapaksa who was conspiring to bring down an underworld leader to Sri Lanka while he was the Defense Secretary to assassinate three ministers and two top army officers.

Knowing the conspiracy Major Hasitha immediately brought this to the notice of the Commander of the Army. Subsequently he was secretly kept as a hostage for nearly two years by Gotabaya. Later he was forced to retire from the army. When Parliament MP Palitha Range Bandara questioned about his illegal detention in the parliament, he was released and he left Sri Lanka in fear of his life.

Following is the full video of his statements

CAUTION : Rajapaksas are dangerous , handle them with care

(Since Lanka e-News Facebook page has been banned for a week due to the Rajapaksas' fraudulent complaints, so we urge you to share this articles on their social networks as much as possible