Final results of the presidential election announced..!! Gotabaya elected as the president by over 1.3 million votes 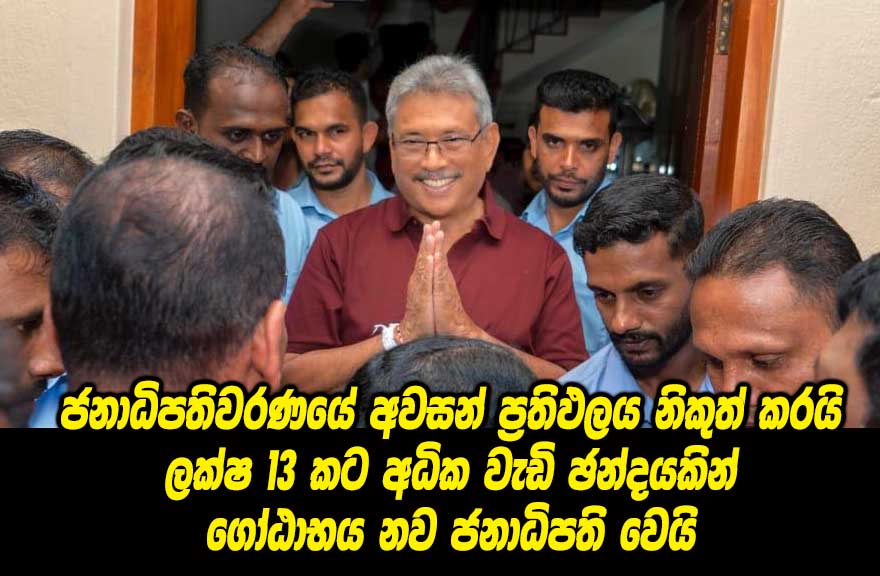 (Lanka-e-News 17.Nov.2019, 11.30PM) The election commission a while ago officially informed informed Nadasena Gotabaya Rajapaksa who took a majority of 69,24225 votes obtaining 52.25% became the seventh president of Sri Lanka. Sajith Premadasa who became the second scored 55,64239 votes obtaining 41.99%. Gotabaya scored a majority of 13,60 016 votes. Anura Kumara who became the third was able to take only a mere of 418 553 votes only

All three brothers including the former president mahinda rajapkasa, chamal Rajapaksa and Basil Rajapaksa was presented to the occasion. Almost all presidential contestants participated to the function except Anura Kumara who became third and Mahesh Senanayake who became the fourth.

According to the reports reaching us confirms that the sworn in ceremony would be held tomorrow at the Anuradapura Ruwan Weli Seya.