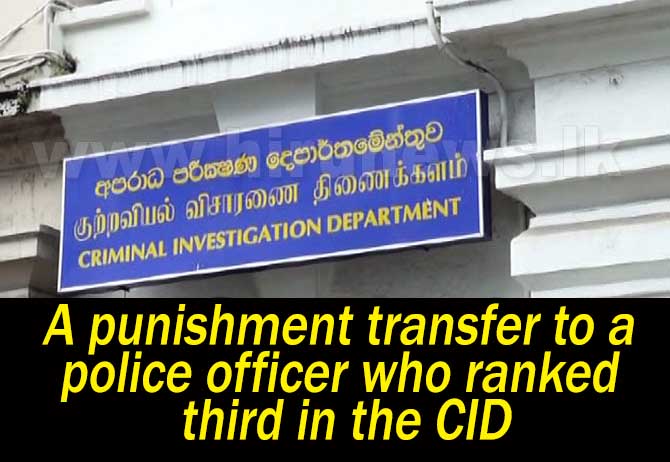 (Lanka-e-News -02.Dec.2019, 11.30PM)  Pointing out the disasters if a dictator comes to power in a third world country what happens to the independent commissions, has proven with the recommendations of the national police commission, the Assistant Superintendent of Police B.S, Tissera who is considered as the third higher ranking officer of the CID has been transferred to the Police Field Force Headquarters with immediate effect.

This transfer has been given by the Acting Inspector General of Police C.D. Wickremaratne with the approval of the National Police Commission with effect from yesterday 1st.

Following Gotabaya’s sworn in as the president, OIC Nishantha Silva who was working for the CID fled the country to Switzerland last 24th seeking political asylum. Subsequently director CID Shani Abeysekara was transferred to Galle as the personal assistant to a DIG in Galle.

Later, henchmen of Mahinda Rajapaksa, a senior SSP W. Thilakarathne was appointed as the director CID who has no experience in criminal investigations.

Subsequently, 704 police detectives attached to the Criminal Investigation Department were issued illegal injunction orders preventing leaving the country. Such an order can be made only by a court order but the order was issued by the Secretary of Defense. In what way is this scenario different from the 'witch-hunt of intelligence officers' that the Rajapaksas vociferated in the opposition as a mantra?