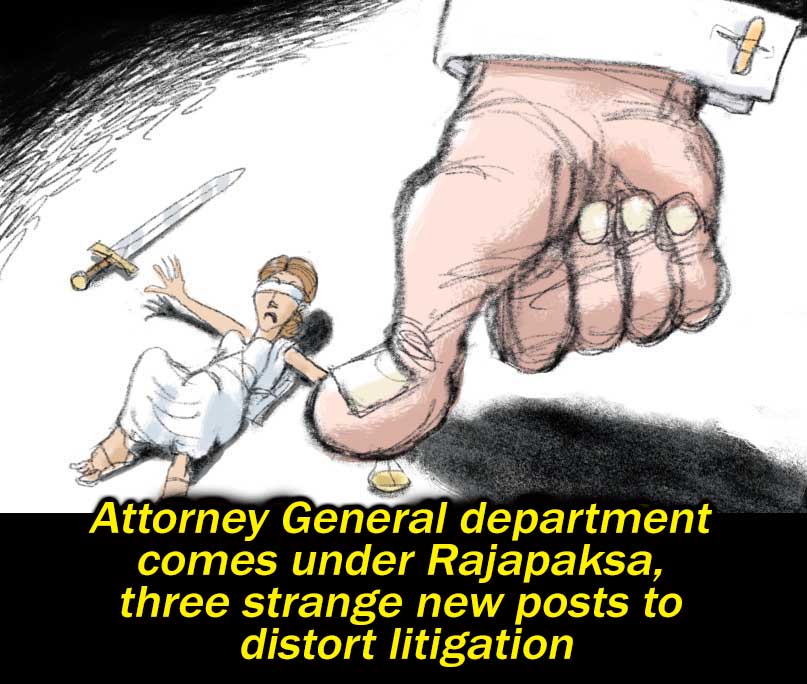 (Lanka-e-News -07.Dec.2019, 8.30PM) Attorney-at-Law Nishara Jayaratne who is a spokeswoman and woman of jewel of attorney general Dappula De Livera has been assigned to the Presidential Secretariat to work part-time as an Additional Secretary to the Presidential Secretariat. Another woman of jewel Induni Punchihewa too has been assigned as an additional secretary to the prime minister’s office. Both these damsels hold secretary positions to Gotabaya and Mahinda in addition to their normal duties of the Attorney Generals department.

It is Sumathi Dharmawardena who has appointed these two women to these respective positions. Sumathi Dharmawardena was a lawyer who had worked in the Attorney General's Department during the Rajapaksa era. During the Rajapaksa era he ran a private security service (no one can do business while in government service) with the support of Gotabhaya. Much people who worked there were army deserters.

Previous Presidents and Prime Ministers did not assign such strange positions in the Attorney General's Department. If new positions are introduced to the public service, they should be approved by the Public Service Commission. It usually takes about two months, but everything sewed up within few days to expedite and distort the litigation process. All these changes have been made to frame the pending cases favorable to the whims and fancies of Rajapaksas and their cronies in the Attorney General's Department.

Attorney General Dappula Livara has become so invalid that it was Gotabhaya's lawyer Ali Sabri who was summoned to advise the Attorney General at a meeting recently convened by Gotabaya.

The following is the letter issued by Dharmawardana to attach woman of jewel Nishara Jayarathna to the president’s secretariat. 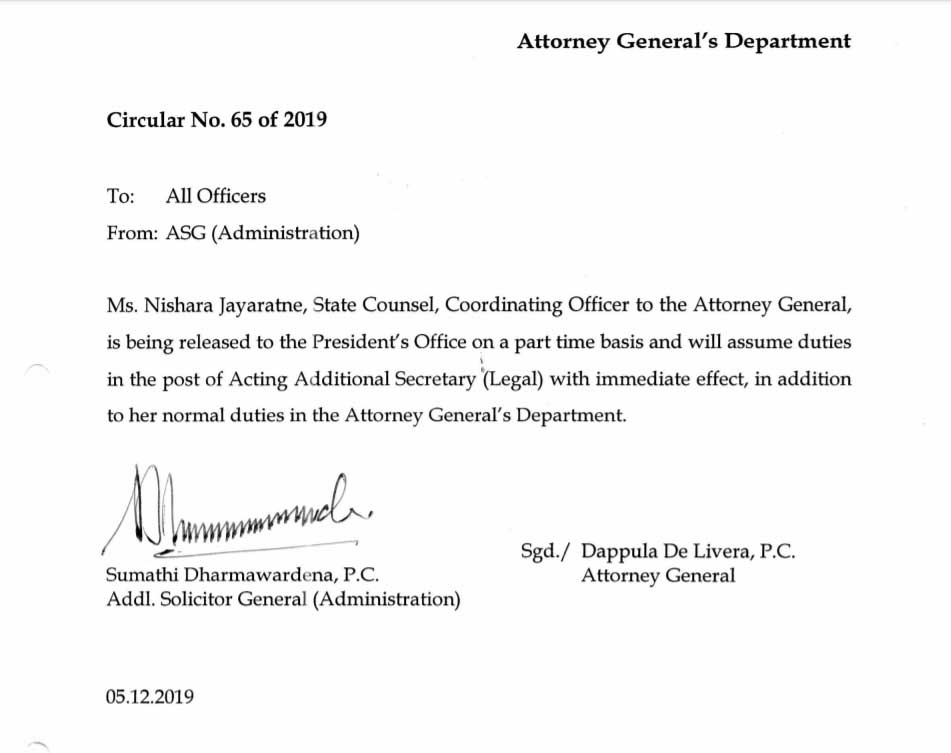