Gota feels the interrogation of Lanka e News..! Plans to check the opinion of the Supreme Court to see if Defense Ministry can be retained..! 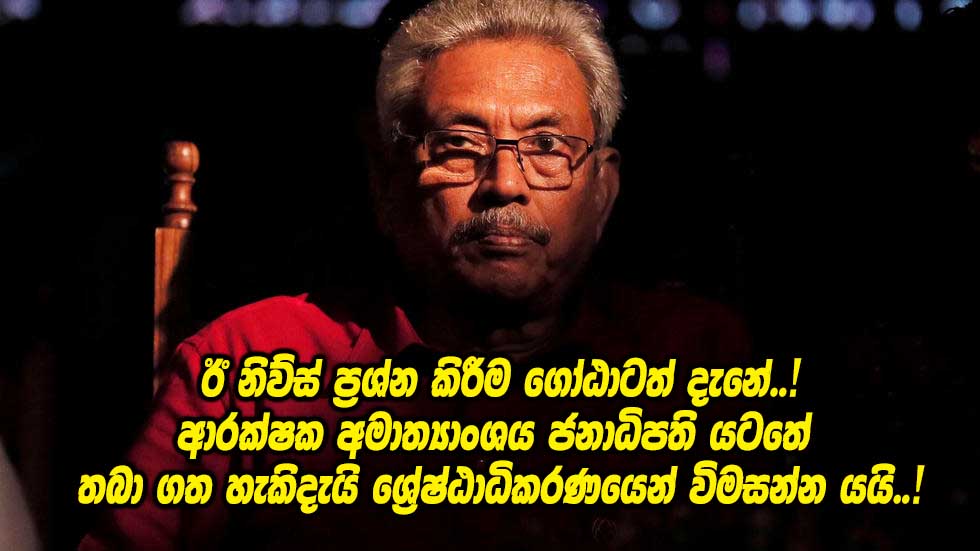 (Lanka-e-News -14.Dec.2019, 8.30 PM)  The news published on the 12th by Lanka e news “Anarchy in the country ..! Ministry of Defense without a Defense Minister, Gota violates the constitution ..” has striked the attention of president Gotabaya and he plans to check the opinion of the Supreme Court. According to media reports, the President is preparing to take an interpretion from the Supreme Court as to whether the President can hold the Ministry of Defense as per the 19th Amendment to the Constitution.

Only the President and the Speaker can seek the opinion of the Supreme Court regarding the Constitution.

It should also be noted that when Gotabaya was a normal citizen before the election four judges, including a Supreme Court judge, withdrew from court proceedings hearing his cases.

Article 33 of the Constitution clarifies the powers and functions of the President and the 19th Amendment removes his ability to run ministries.

However, the final clause of the 19th Amendment clearly states that few Ministries can be kept only under president Sirisena. That is the defense ministry, Mahaweli ministry and the environment ministry. Whoever knows constitution law, know following the 19th amendment executive powers has been removed from successive presidents.

The 19th amendment brought by Maithripala Sirisena to curtail executive powers of the president was passed in the parliament with the support of Mahinda Rajapaksa, except the speaker with a majority of 214 members of the parliament. It was only Sarath Weerasekara who opposed that. Peratugami party abstained from voting and seven mp’s did not come to the parliament. This means that the president who succeeded Sirisena cannot keep ministries has been approved by an overwhelming majority of the country's major political parties.

Related news:
Gazette with Ministerial Scope Issued; Anarchy in the country..! Ministry of Defense without a Defense Minister, Gota violates the constitution..! Here's the proof..!