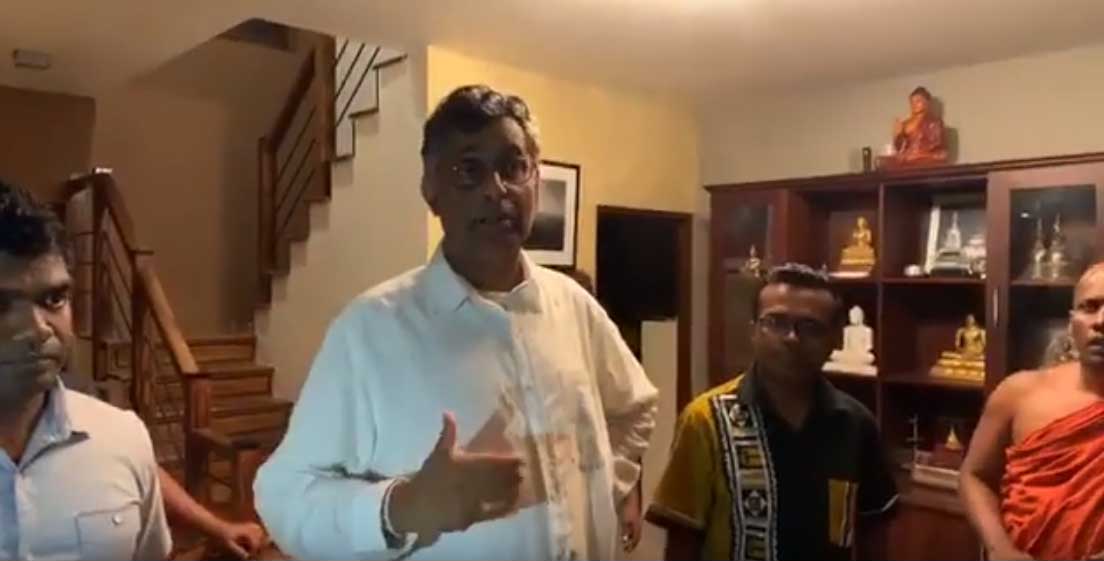 The arrest ordered was given by the attorney general Dappula De Livera to the senior DIG Colombo for a closed court case happened in 2016 in which Patali Champika Ranawakas driver was fined and released by the courts.

The allegation has been filed against the former minister for causing serious injuries to a person by reckless driving and replacing another person as the driver following the accident. Normally when arresting a parliament MP the parliament speaker has to be informed, but in this arrest no such procedure has been followed. The arrest has been made at night when the courts are closed in order to create an opportunity to present the accused to the residence of the magistrate.

Champika Ranawaka has been taken to the CCD Dematagoda and many lawyers and MPs who support Champika has visited the CCD. Champika supporters protested against the police for taking him to the magistrate.

The following is the video taken when Champika Ranawaka was arrested