Suspending to sing the national anthem in Tamil is denying our Sri Lankan nationality - Sumanthiran : We will execute Sumanthiran from Nandikadal - Magalkande Suddantha 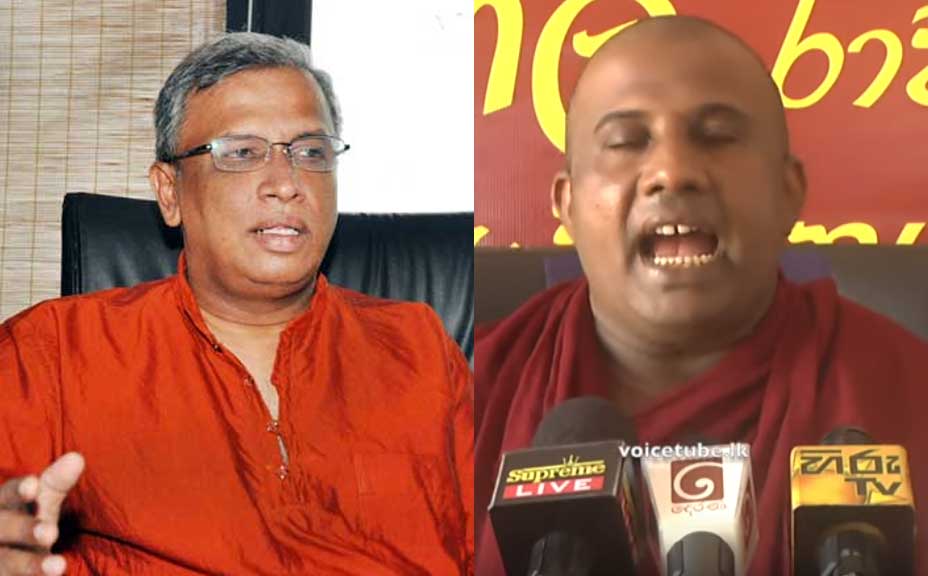 (Lanka-e-News -30.Dec.2019. 11.35 PM) The government's decision to discontinue the singing of the national anthem in Tamil is another sign that the Tamil people are being treated as an ethnicity rejected by the Sri Lankan nationality, said TNA media spokesman M.A. Sumanthiran. Instead of attempting to promote reconciliation and communal harmony in the country, the present government has taken a step that is contrary to these efforts, Mr. Sumanthiran said.

Sumanthiran expressed these views to the media regarding the decision taken by the present government to stop singing the national anthem in Tamil.

The National Anthem was sung in Tamil for the first time in 2015 for the Independence Day celebrations. Mr. Sampanthan and I attended the ceremony. Decades later, we participated in a National Independence Day Celebration on behalf of the Ilangai Tamil Arasu Kachchi Party.

Many events happened during the ceremony. In addition to singing the national anthem in Tamil president Maithripala said that the brutal war has ended. When many people were celebrating the war president Maithrapala said it was a brutal celebration.

Today, the situation has changed and there is a reverse process taken towards reconciliation. Restricting to sing the national anthem in Tamil is one of the reasons, government's actions have changed. These are not actions to promote reconciliation.

It is because our legitimate democratic demands are not accepted that we are staying rejected from the national life. When there is a change in this policy the political powers of the Tamil people should be increased. It is only then we can live as a nation with equal rights. We see the government's order banning the singing of the national anthem in Tamil as another symbol of our removal.

(A report written by F. Aslam of Lankadeepa)

Meanwhile Magalkande Sudantha the underworld monk who is appearing as the official media spokesperson of Gotabaya’s racist regime said if Sumanthiran is not ready to work for the requirement of the Sinhala people that the country’s security forces are ready to execute Sumanthiran at the Nandikadal Lagoon. Sumanthiran is a physical science BSc graduate from the Madras university, postgraduate degree in electronics at the Monash university of Australia and an attorney at law of the Sri Lanka law college who is serving as the presidents counsel whereas Magalkande Sudantha is a thief and an empty boaster who robbed an expensive mobile belong to a senior police officer and got caught when the latter was working as a sergeant in the police and later became a monk.