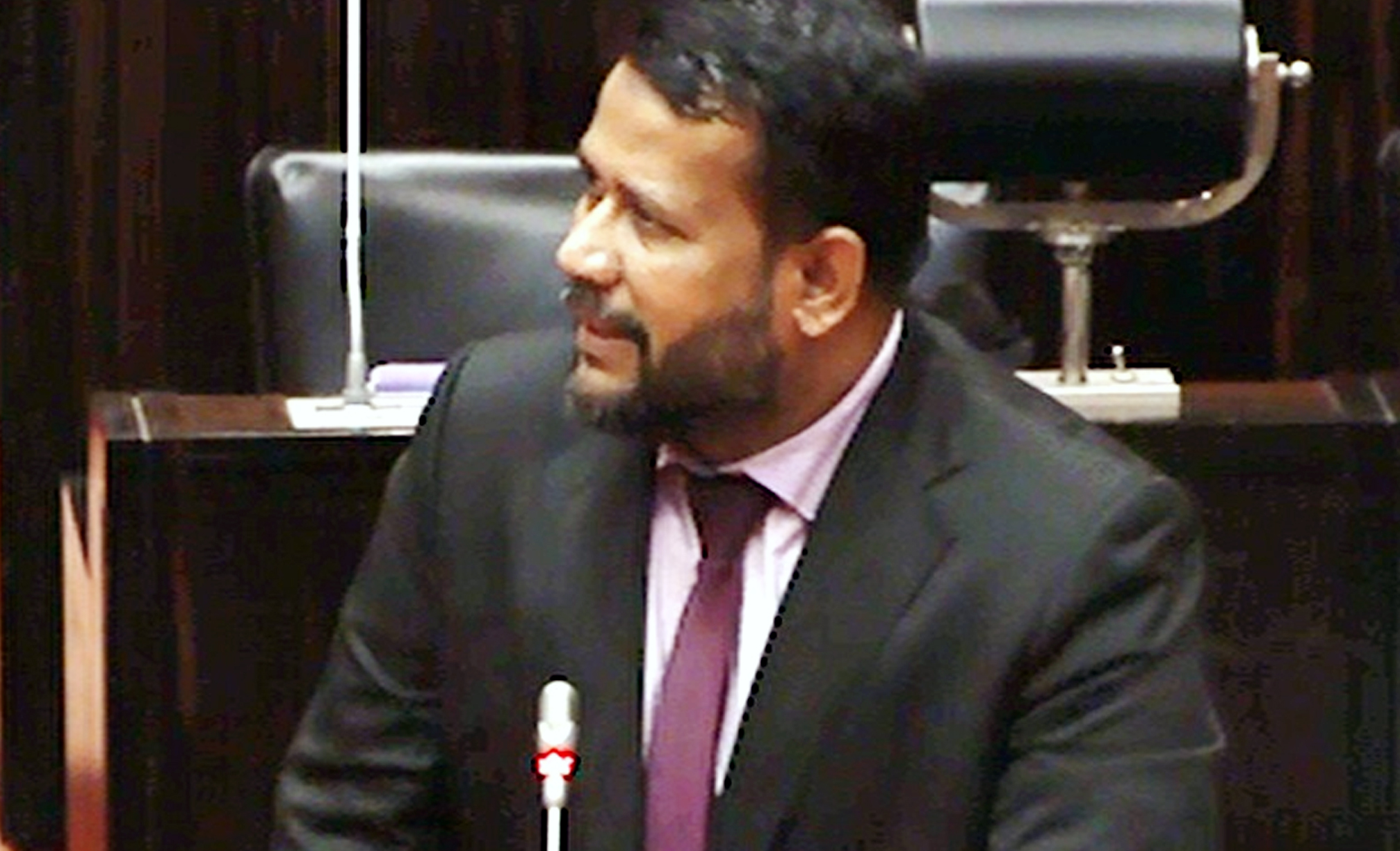 (Lanka-e-News 09-Jan-2020, 2.45PM) The All Ceylon Makkal Congress (ACMC) warned that any constitutional amendments to remove minority parties from the Parliament are anti-democratic adding that ‘there’s a danger to end of reconciliation achieved by hard work over a period of time’. “We are disturbed of new government’s intentions to side-line minority parties by amending the constitution” said the Leader of ACMC, Vanni District MP Rishad Bathiudeen. ACMC Leader Bathiudeen was addressing the Parliament on 8 January.

“There is a need to amend the constitution and ACMC also supports a stronger constitution for Sri Lanka that respects everyone’s social and political rights. However, (HE) President’s intention, to amend the constitution appears to be aimed at reducing the power of minority political parties among others. Minority parties of a country represent the voice of all minorities including ethnic, political and other representations” said Bathiudeen MP and added: “These parties grow in to being since major political parties do not have “political space” for their weak voices. Our party ACMC is one such party among many parties and Sri Lankan minority communities have these small parties as their only voice in parliament. These minority parties played a major role in bringing militant youth back to democracy. For example the JVP and some Tamil parties worked to bring militant youth back to democracy and today they are successful public representatives and MPs. Also some minority parties voice the issues of various communities. There is no doubt that if the minorities are thrown out, ethnic harmony and reconciliation achieved from hard work over a period of time, would meet a sad end. If these parties including our ACMC are thrown out, I would like to ask that where are we to go? Even though ACMC is a minority party, even we have elected MPs in Provincial and smaller councils representing all communities including Sinhala Buddhists.  Among our Provincial MPs were Sinhalese Buddhist, a Tamil Hindu MP and a Tamil Catholic MPs. What is the expectation of the President when he tries to close our voices in this way? Is it not clear of the possible dangerous outcomes for Sri Lanka’s ethnic harmony and reconciliation from such dangerous and undemocratic acts?”

Bathiudeen MP also welcomed HE President’s efforts to reduce the cost of living. “We welcome President Gotabaya Rajapakse’s  actions  to reduce the cost of living and reducing many taxes to re-start the business sector which was slowing down, especially the SME and micro businesses. We also welcome President’s statement in his January 3 throne speech that said “the benefits of development should reach every group of people.”