President and premier cousin Udayanga Weeratunga comes and get arrested! The statement was made at the President's House.! Remanded till Monday 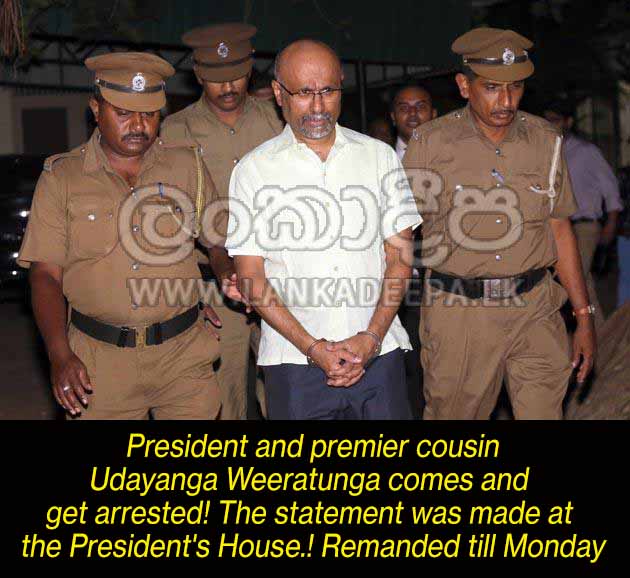 (Lanka-e-News -14.Feb.2020, 11.30PM) Former Sri Lankan ambassador to Russia Udayanga Weeraduwa who was an accused of the notorious MIG scam, the mysterious murder of a man named Noel Ranaweera, and the sale of tens of thousands of kilos of arms and ammunition seized by the LTTE worth Rs. 340 million to the rebels in Ukraine was deported to Sri Lanka yesterday 14th morning.

Udayanga arrives at the official residence of the President..

The anatomy of the MiG deal