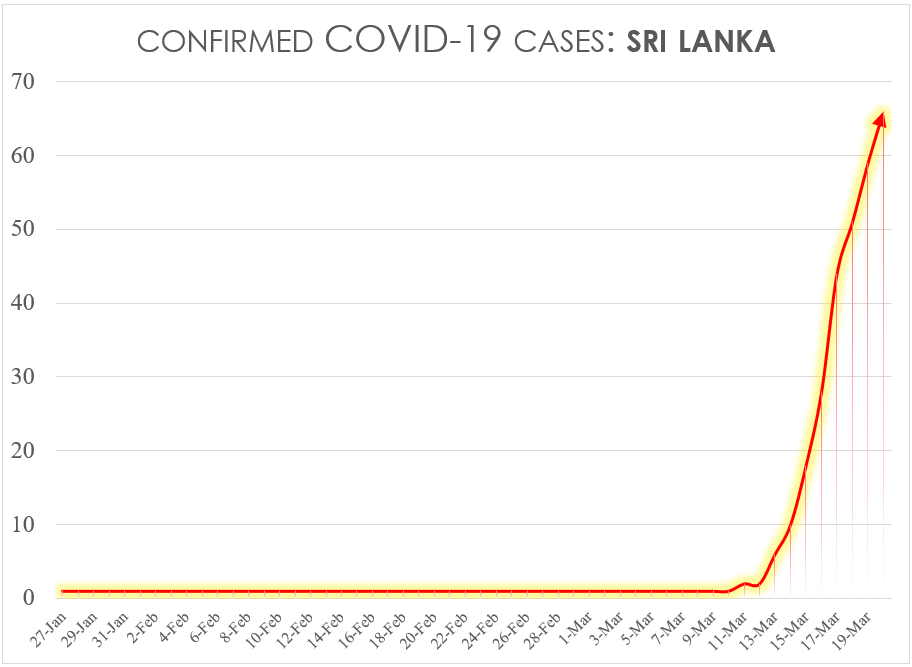 Sri Lanka boasts one of the most robust public healthcare systems in the world, with free comprehensive primary, surgical and pharmaceutical care available to all citizens almost completely free of charge. Although there is a shortage of over 6,000 medical officers to meet international standards of doctors per capita, almost all villages have access to medical officers free of charge. Sri Lanka has proven to have one of the best medical systems in the world in the control of infectious disease, having avoided serious impact from the 2002 SARS outbreak and 2009 swine flu pandemics. Sri Lanka has well established private medical facilities, mainly in the cities. Most of the government specialist medical officers do also serve private establishments for a fee, while most other ordinary doctors engage in private practice. All professions in the medical field in the public sector, including doctors, nurses, academics in the sector and services supplementary to medicine are highly unionized and are known to be connected to political parties, with union motivations notoriously driven by political ends. However, the public still trust public health facilities, which are all free of charge. Sri Lanka has also a rich heritage of Ayurveda (traditional medicine) widely practiced in rural areas.

Government Medial Officer Association (GMOA) is the most powerful medical officers trade union, which in practice controls the medical sector, representing a vast majority of state medical officers. They were actively engaged in political campaigns supporting former President Mahinda Rajapakse and the election campaign of incumbent President Gotabaya Rajapakse. GMOA is also known for its hard-line against private medical education in the country.

President Gotabaya Rajapaksa was elected as president in November 2019 with a huge majority and a victory that came completely from the Sinhala Buddhist majority areas, while the President badly lost in areas where ethnic Tamils and Muslim minorities are more populous, and ethnic tensions prevail between the minorities and Majority Sinhala Buddhists.  Buddhist monks with unprecedented unity and political power supported the President with house to house campaigning and the use of their temples for political events. Parliament was dissolved on 2nd March 2020 fixing the parliamentary elections for 25th April 2020. President Rajapaksa’s party was expected widely to win the election in the majority control areas. At present the parliament is dissolved but the cabinet continues till the election is over. The president decided to proceed with the election as planned despite the global pandemic, however the independent Elections Commission has accepted the nominations and announced that the poll will be postponed indefinitely.

The move of the Election Commission has angered the government, who seemed hopeful of capitalizing on the pandemic to secure a two-thirds majority in Parliament. Addressing the nation earlier this week about the national response to the pandemic, President Rajapaksa dismissed the idea of postponing elections, and told the people of Sri Lanka that his political party must win the elections with at least a two-thirds majority in Parliament in order to successfully combat the COVID-19 virus.

The government has thus far relied on the military, primarily on Army Commander Shavendra Silva instead of health officials  and network in order to tackle the crisis. Government has established a few quarantine centres and is in the process of establishing more, all apparently under the administrative control of the military. Nearly all the quarantine centres are located in the North and East, where the minority communities are concentrated. In some areas there are protests over establishment of those centres. Sri Lankan military proved to be extremely efficient in countering LTTE, internationally banned terrorist organisation. However, both the military and the LTTE were accused of committing war crimes during the long-drawn war. President Rajapaksa has long indicated a preference to transfer many civilian government functions to military control. The recently established National Operations Centre to combat the pandemic, including health officials and cabinet ministers, has also been placed under the command of Army Commander Shavendra Silva, marking the first time in Sri Lanka’s history that elected officials have been placed under the administrative control of a military commander.

Sri Lanka gradually introduced travel controls on several countries such as the UK, USA, Italy, South Korea etc but resisted calls to introduce a travel ban on China. There are over 30,000 Chinese migrants lawfully working in several sectors including construction sector and frequents travellers do travel between the two countries. Sri Lanka is highly dependent on China politically, militarily and economically. President Gotabaya Rajapakse is known to be closely associated with the Chinese political elite.

Sri Lankan returnees, mainly Sinhalese, from Italy and Korea appear to have evaded the government’s attempts at quarantine measures. Social media actively distributed information on the recent returnees, asking the police or military to quarantine them, largely to no avail.  There are over 1.5 million migrant worker from Sri Lankan,  working mainly in the Middle East and including Italy and South Korea. Some of the returnees have attempted to escape the quarantine centres.

Last week, Sri Lanka introduced a temporary one-week blanket global ban on commercial air traffic arrivals to the country. Poor communication around the implementation of the ban, and a lack of coordination or consultation with international airlines has led to mass cancellations of scheduled commercial air traffic and a decline in cargo aircraft travelling to Sri Lanka, which has created logistical barriers for the import of critically needed medical supplies and equipment. The botched implementation was managed by Civil Aviation Authority Chairman Upul Dharmadasa, whose qualifications for being appointed to the post were that he served as President Rajapaksa’s private travel agent in California until November 2019.

There is no evidence of Sri Lanka having sufficient test kits or quarantine facilities if the virus goes out of control. However, due to its socio-political set up, there will be favourable treatment for patients from elite and politically connected people. Private hospitals are now offering tests for a substantial fee. Prior to the pandemic, Sri Lanka was already facing economic challenges and an impending balance of payments crisis. President granted a huge economic package targeting the forthcoming parliamentary elections and this includes tax waivers, however the plan has not been passed by the legislature. As China is on economic trouble, Sri Lanka fears it may not get expected economic support from China, making President unpopular. People are yet to see a specific economic package due to the corona outbreak.

The mainstream media is fully controlled by the Government and one hardly sees in any mainstream media any critical or objective reporting of the government’s handling of the crisis. The political opposition is inactive and occupied with infighting. The once vibrant civil society sector, which contributed to the dethroning of the Rajapaksa government in 2015, is fast deteriorating, with the President’s newly empowered military intelligence wing having infiltrated most civil society organisations and placed their leaders under surveillance. The focus of the government remains the undoing of criminal cases against its top echelons and supporters involving financial and violent crimes in which the President, his relatives, military intelligence officers and other ruling party members have been implicated. Charges before the courts include the abduction and murder of journalists, extortion of civilian families and murder of children, frauds in military procurements and bribery charges involving SriLankan Airlines and the Airbus company.

The President appointed a Presidential Commission consisting of his trusted three individuals headed by a notoriously corrupt retired Supreme Court Judge Upali Abeyratne with a view to clearing the   suspects from the allegations. All institutions have slowed down their work but this commission has expedited their work targeting the forthcoming elections. This commission, the police and defence ministry have worked to systematically sideline and persecute police officers involved in investigating crimes allegedly committed by members of the new regime. This has involved winding down the Financial Crime investigation group (FCID) and purging the Criminal Investigation Department (CID) of nearly all veteran sleuths with experience in counter-terrorism, complex crime, international law enforcement cooperation and anti-money laundering work. The new director if the CID is a former bodyguard of the prime minister with no criminal investigation experience.

Since November 2019, the President has directed removal or recalling of 700 Directors in public corporations and Ambassadors in several major countries but has failed to appoint many of them. Those who were appointed are known to be closely connected to President’s business, family friends and military friends.

Although the Constitution permits the President to summon parliament in an emergency situation, under Article 70(7), parliament has not yet been summoned. It appears that the health emergency is either not understood nor not treated as a priority of the government. Independent medical advice is not available to the government as the government is fully dependent on the GMOA and military personnel in their pandemic response efforts, having sidelined professional civil service officers, independent experts and epidemiologists. Both the government and the GMOA are hindered by a deep distrust of most of Sri Lanka’s traditional liberally governed and democratic allied nations.

(The authors and members of the organisation remains anonymous due to possible reprisal by the present government and military. The Alliance of Independent Professionals consists of 22 Sri Lankan professionals and academics in both the public and private sector.)