A major general appointed as the secretary of the health ministry..! Wher is the GMOA? 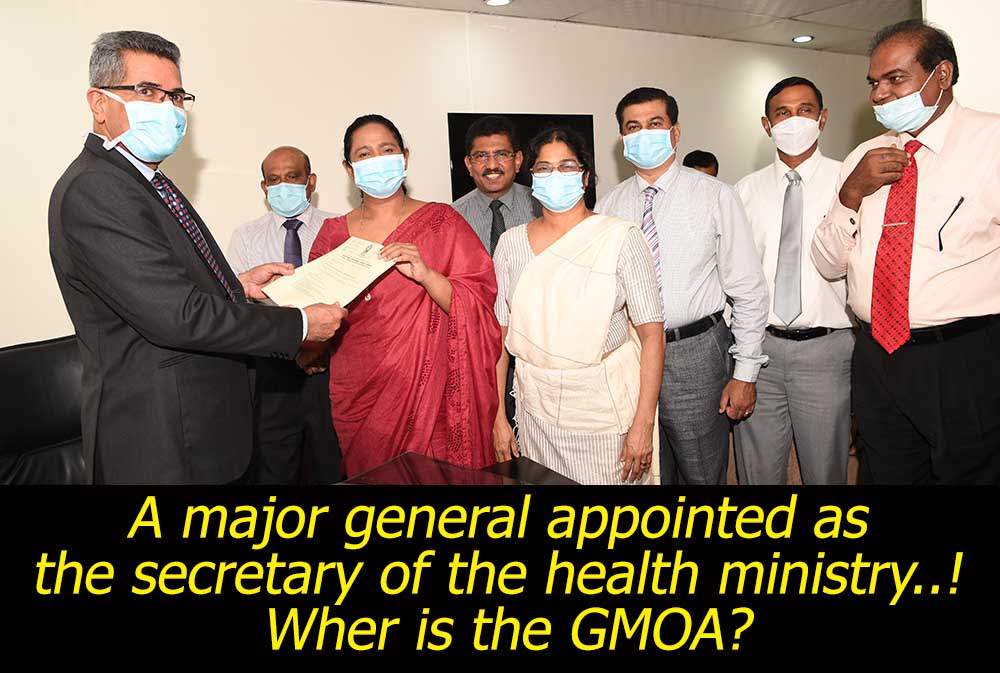 (Lanka-e-News -11.May.2020, 11.30PM) Secretary to the Ministry of Health Bhadrani Jayawardene has been removed from her post and the Commanding Officer of the Army Medical Corps and the Director General of the Army Health Service, Major General Sanjeewa Munasinghe, has been appointed to the position, He assumed office today. (Shown in photo)

Sanjeewa Munasinghe was born in Kaluthara and he is a radiologist by profession. He joined the army in 1986 as a captain. His wife is also a doctor and a brigadier in the army medical corps. Sanjeewa’s younger brother was also an officer of the Gemunu regiment but unfortunately died in the war.

Munasinghe has also served in the director board of Lanka Hospitals when Gotabhaya Rajapaksa was the Secretary of Defense. Sanjeewa Munasinghe has not been charged with any state financial frauds. There is no shortage of funds as both he and his wife work in private practice. Sanjeewa Munasinghe is a well-respected doctor and military officer in the Army but he is quite famous for his maladministration.

However, during the time of Gotabhaya's reign, military officers were appointed as the administrators of many state institutions, and the heroes who protested against those are often seen with their mouths shut, their ears tapped and their tails tucked within. The best example is the Customs Department. Ports authority is another example. Former Navy Commander Admiral Jayanath Colombage is to be appointed as the Secretary to the Ministry of External Affairs. Under this context, if an army officer was appointed as the secretary to the health ministry people can see how the GMOA doctors would show their agitation and outcry.

Meantime another retired major general A.K.S. Perera is to be appointed as the secretary for the post of Mahaweli, agriculture, irrigation and village development ministry.

However few more secretaries were appointed for several ministries as follows.