Who gave the preferential numbers to the Pohottuwa ? 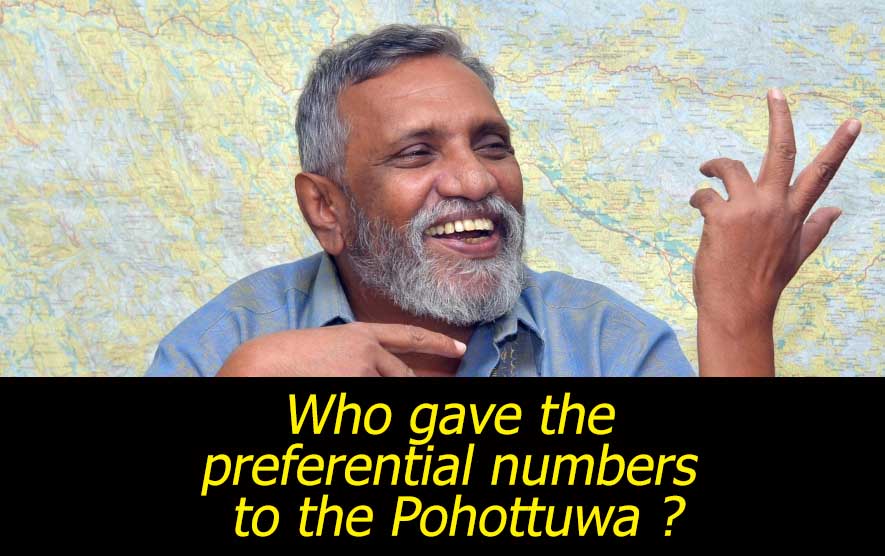 (Lanka-e-News- 23.May.2020, 9.25PM) When you see the performance of the elections commissioner before the media, he deserves the best actor award for 2020.

In the meeting held with the election commission and the secretaries of political parties, many parties pointed out that it is not suitable to hold the elections at this moment. They said that it is not appropriate to hold an election spending Rs. 13000 million when the country is plunged into an abysmal economic crisis.

Vasudeva nanayakkara continuously spoke against the election. He said that this is not the suitable time for election. The election commissioner who is sly on his independence questioned Vasudeva are you representing the government or the opposition. Vasudeva who became conscious against stammered in favour of holding the election.

How the members of Pohottuwa got the preference numbers?

However until a decision is made the announcement of preferential numbers was stopped.

Despite the announcement none of the media questioned as how the members of Pohottuwa has received their preferential numbers. In the event of several lawsuits being made against the election the elections commissioner must answer the question, how a free and fair election is secured when secretly giving the preferential numbers for his favourites.

Meantime we can all see Chamal , Namal and Chanaka displaying their preference number in facebook. The independent elections monitoring Pafferel didn’t question who gave them the numbers.

The commission should be accountable..

The election commission should be responsible for discreetly giving the preferential numbers. If not they should conduct an investigation as how these numbers got to the hands of the nominees.

On this context we cannot expect much from the elections commission.