Diana Gomage was a dual citizen when she is sworn in..! Geetha's fate for her too ..! Here is the evidence with Diana's history !! 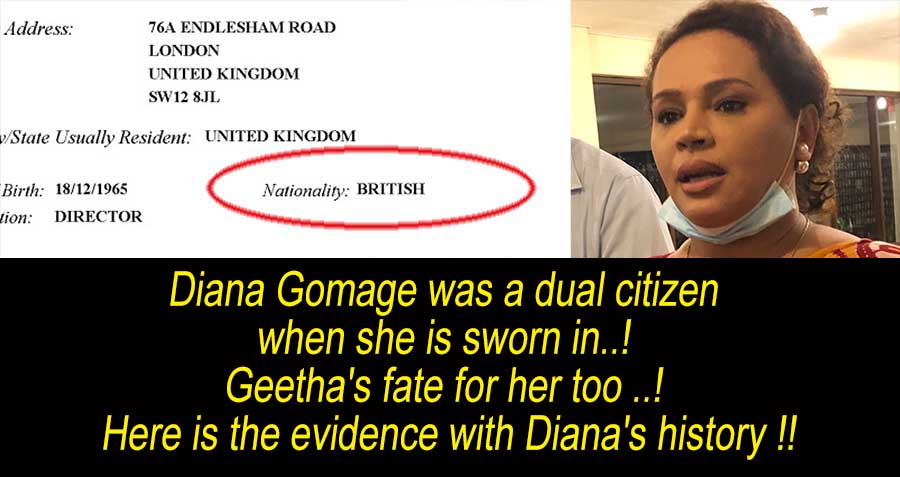 (Lanka-e-News- 26.Oct.2020.11.30PM)  Lanka e News revealed that Diana Gomage, the National List MP who voted for the dictatorial 20, was a dual citizen when she was elected to Parliament, betraying the mandate of the people who voted for the Samagi Jana Balawegaya when the latter used the mandate like a whore in Pettah. (We revealed that not only she but also Pohottu National List MP Raghavan is also dual citizen, He has a Canadian citizenship) We told that Diana Gomage also has a British citizenship. No politician gave consent to our statement before, now we reveal a proof which confirms Diana Gomage’s British citizenship.

Below is the copy of the certificate stating that in the year 2014 she registered a business called sendagift.lk with her residential address at Woodbury Road, London at the House of Business Registration Company in the UK. It states that Diana Gomage's nationality is British. That is, in 2014, she was a British citizen.

The current Members of the Parliament were sworn in on August 20th 2020. They were sworn in under the 19th amendment. During the time the 20th Amendment had not yet been passed. That is, a dual citizen cannot become a member of the Sri Lankan parliament on the August 2020 swearing in. Accordingly if he or she is a dual citizen at the time of swearing in on August 20, his or her parliament membership must be revoked. Accordingly, Diana Gomage should stay at home like Geetha Kumarasinghe. Now any Sri Lakan voter can now file a lawsuit against her in the Supreme Court and have her parliamentary seat revoked. That would not be difficult as a previous verdict has been given against Geetha. Geetha was a dual citizen at the time of her election but later she revoked her Swiss citizenship. The Supreme Court annulled Geetha's candidature, citing her incompetence when she became a Member of Parliament. The same would be applied for Diana. If dianna wish to retain her parliamentary membership she has to present a certificate from Britain stating that she has revoked her British citizenship before August 20th 2020. Lanka e News knows for sure that there is no such certificate. We challenge Diana Gomage to provide such a true certificate if possible.

Who is Diana Gomage?

When Sajith left the UNP and forming another party, Ajantha Zoysa offered to give two parties in his name without any conditions (Ajantha Zoysa is the son of Bunty Zoysa, a former UNP leader and eminent lawyer). The lame Sajith without taking that offer fell into Senaka and Dianas’ trap brokered by Basil. Sources say that Madduma Bandara also helped Sajith to eat the rope as Diana was 'plowing the field' at that time. Sources say that it was due to Madduma Bandara that Sajith fell into the trap because Madduma Bandara too was cultivating Diana’s 'paddy field'.

''Life is beautiful.., but betrayals are not beautiful, they are ugly''

However, Senaka Silva has previously tried to gain political advantage by selling his telephone party with Diana's paddy field to individual groups. In 2015, when the Good Governance Front was looking for a party symbol, the latter has offered his party but people with brains in the  good governance fronnnt has disagreed and used the Swan symbol for their front because they knew how devious they were. But now Sajith has to go to bed with a little dose of placanil.

To conclude this post, we would like to quote a dialogue from Sugathapala de Silvas’ Dunna Dunugamuwe drama

"Life is beautiful..but betrayals are not beautiful, they are ugly." 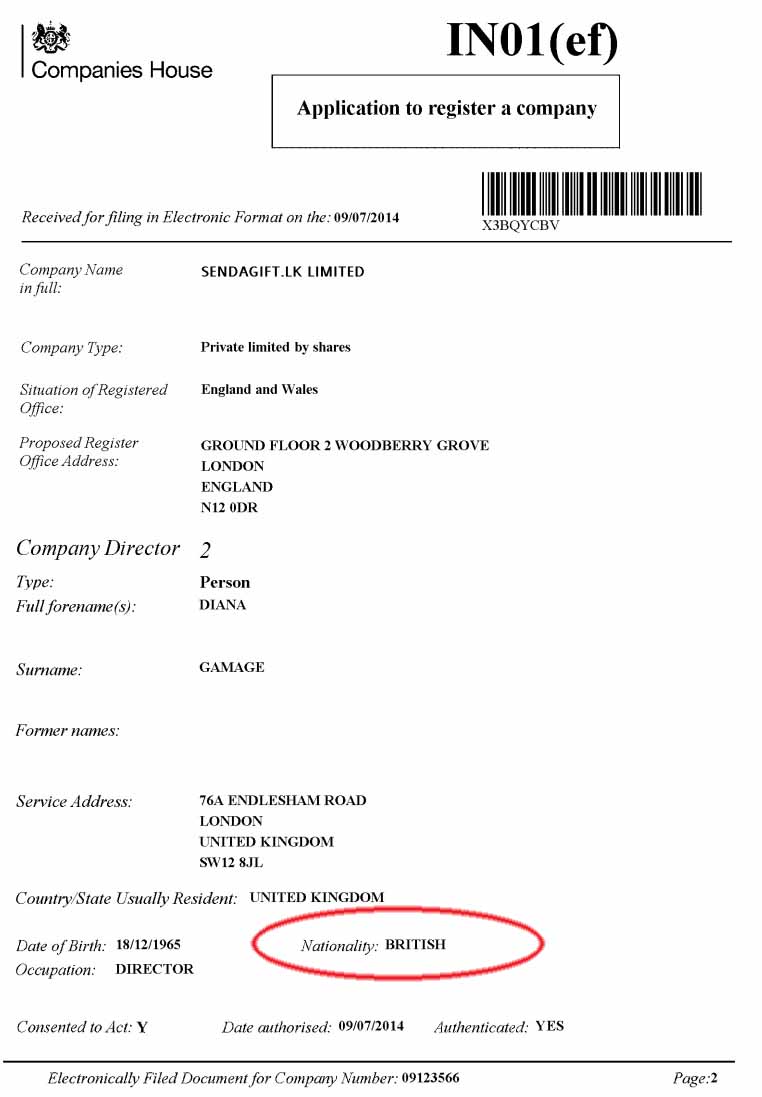