More evidence in proof of murder committed by Nandikadal Kamal Gunaratne when he was Dep. Ambassador !

- Victim was abandoned on the road after the attack 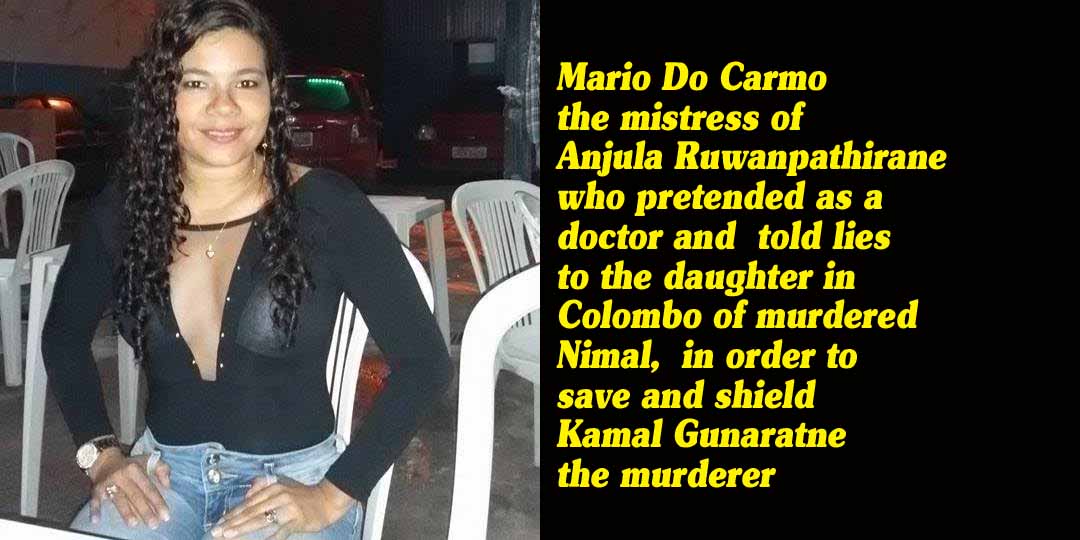 (Lanka-e-News -22.April.2017, 11.55PM)  Copious evidence including photographs  in connection with the cold blooded murder of I.D. Nimal Rupasinghe committed by retired major general Kamal Gunaratne when he was the deputy ambassador in the Sri Lankan Embassy in Brazil are now in the possession of Lanka a news . Rupasinghe who was employed at the Sri Lankan Embassy in Brazil was killed by launching a fierce  attack to  his head with  a blunt weapon .

Based on the latest evidence , the murder took place on 3 rd November 2013 night .Two others , namely Anjula Ruwanpathirane and Sarath Ediriweera Liyanage have assisted in the crime. Subsequently in order to suppress the murder the two accomplices were dispatched to America by Kamal and Raja Edirisuriya , SL ambassador to Brazil at that time  who is also an American citizen, based on reports .

The SL embassy was located in a building bearing the address : QI 13 . CONJUNTO  13 , CASA 1 , LOGO SUL , BRASILA , BRAZIL . The residence of  Kamal Gunaratne was about half a meter away from the Embassy. On the night of the murder , Kamal has arrived at the Embassy from his home , that is at about 10.00 in the night (2013-11-03). Anjula and Sarath  were also there . When Nimal Rupasinghe too arrived , an altercation has erupted between  the latter and Kamal.

The owner of the  building where the embassy was located owned a gold pit. This gold mining pit was  abandoned about five years ago , and its equipments and machines were kept in a  garage beside the building , and the quarrel took place near the garage. Kamal who took  a part of the machine in the garage has  attacked Nimal ‘ s head  fiercely with that equipment , whereupon Nimal has fallen down.

Kamal who thought Nimal has died , along with Anjula and Sarath have dragged Nimal to the road away from the embassy , and dressed the scene to look an accident; and that Nimal had died due to a road accident , while pretending none of them  knew anything about it.  It is a group of  Brazilian nationals who had taken Nimal to a hospital .

These bestial heartless rascals Kamal , Anjula and Sarath  have not taken any action to admit Nimal whom they presumed dead, even  to a hospital. That is they have not shown any concern or sympathy towards  him as a citizen of their own country ,  a colleague  or a relative.

The victim was admitted to St. Maria hospital which is about 120 kilometers away from the embassy. Why was the victim admitted to a hospital that far away is an issue. Anyway Nimal was admitted to No. 2 Intensive Care unit of the hospital and his bed No. was 7. Based on hospital records he was admitted on 2013-11-04 at 4.15, in the early hours of the morning.  After his Embassy identity card was found from the pocket of Nimal by the hospital  , the Embassy was informed.

Maria who transformed into Dr. Loria …

From that point of time , the SL embassy in Brazil had been profusely lying to the only daughter I.D. Thejika Sandamalie Rupasinghe who was in Sri Lanka

In our earlier report in this connection , we revealed details of the information  passed to us by Thejika. It was Anjula Ruwanpathirane  also involved in the murder of Nimal who told lies toThejika that Nimal was attacked by a horse on 2013-11-04 , that he was critical and was  being treated in the ICU .

‘Dr. Loria’ who was introduced as a hospital doctor  to Thejika in SL by Ruwanpathirane was none other than the latter’s mistress , Maria Do Carmo Magalhaes a Brazilin national girl with whom Ruwanpathirane was having an illicit sexual relationship. ( Herein are several photographs) . Maria in fact  is not a doctor and her living place is Brasília, Brazil.

The ambassador Raja Edirisooriya and deputy ambassador Kamal Gunaratne moved heaven and earth to suppress this most ghastly ruthless murder . Even before the  official terms of service  of  Anjula Ruwanpathirane and Sarath Ediriweera Liyanage (both  directly involved in the murder) were  over in the embassy , they were dispatched to the US.

Raja Edirisooriya ‘s American citizenship  facilitated this maneuver.  Anjula is now residing in California , and is working in Medtronic Co. (Herein is a photograph of Sarath and Anjula together taken in America).

There is  another witness to this murder . He is Ajith Weerasinghe. Though all of them were sent from SL to the foreign service by the foreign ministry , it is significant to note none of them have returned to the Island. Ajith now works in Brazil embassy as a driver. A photograph of his is herein.

It is an unequivocal fact that retired major general Kamal Gunaratne , a lackey and lickspittle of ex defense secretary Gotabaya Rajapakse ( by now  a byword for murder and mayhem )  exploiting  his ‘war hero’ label brutally murdered I.D. Nimal Rupasinghe , a citizen of his own country .On 2013-11-02 Nimal  speaking to his only daughter in SL , has told over the phone that Kamal is treating him like a slave ,and he is therefore taking a ticket , and returning to SL. Nimal in order  to purchase the air ticket has collected money from various individuals promising to return the money. If the reader of this article learns what was the menial  jobs of a slave  Nimal was forced to do by Kamal , he / she would be so rudely shocked that he/she will conclude  even  skinning that murderous rascal Kamal alive is not enough as a punishment !

Following a complaint recently  made by Nimal’s daughter  several years after this most ruthless cold blooded murder ,to the CID , the latter has launched an investigation . 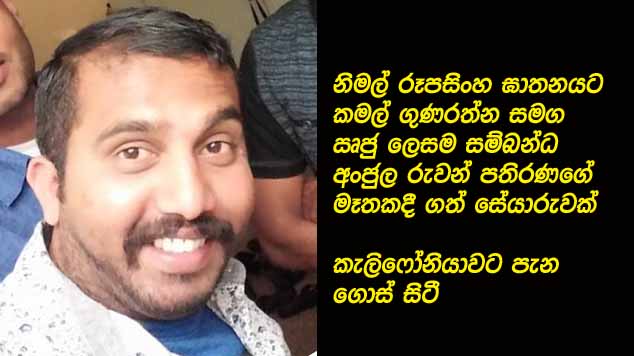 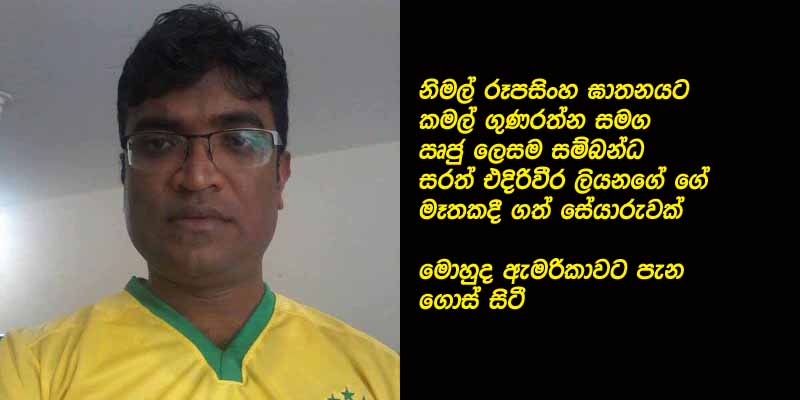 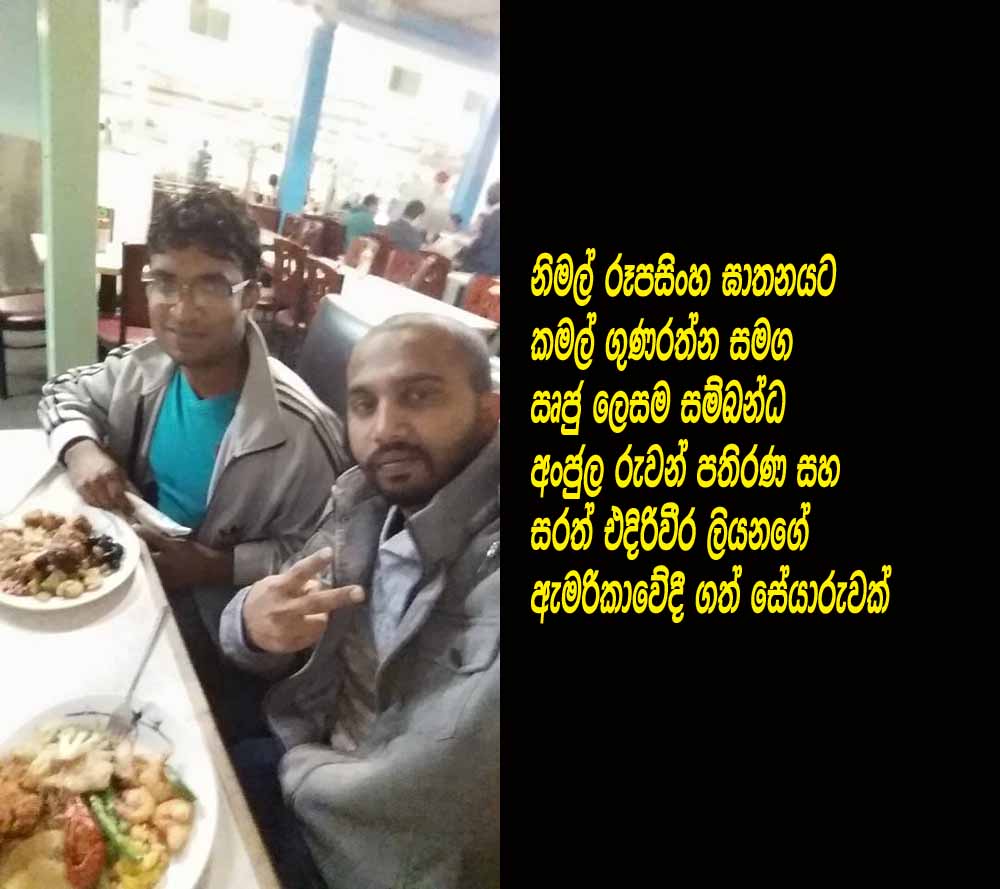 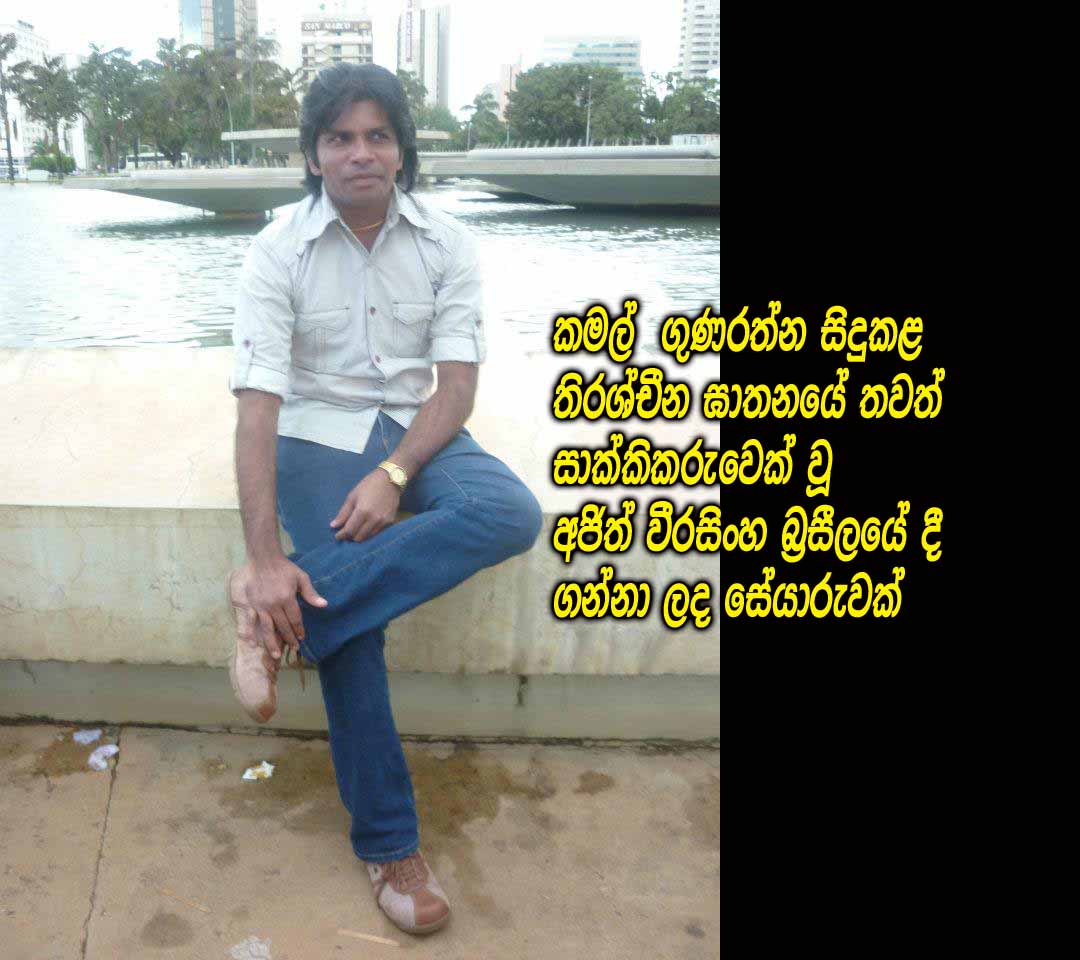 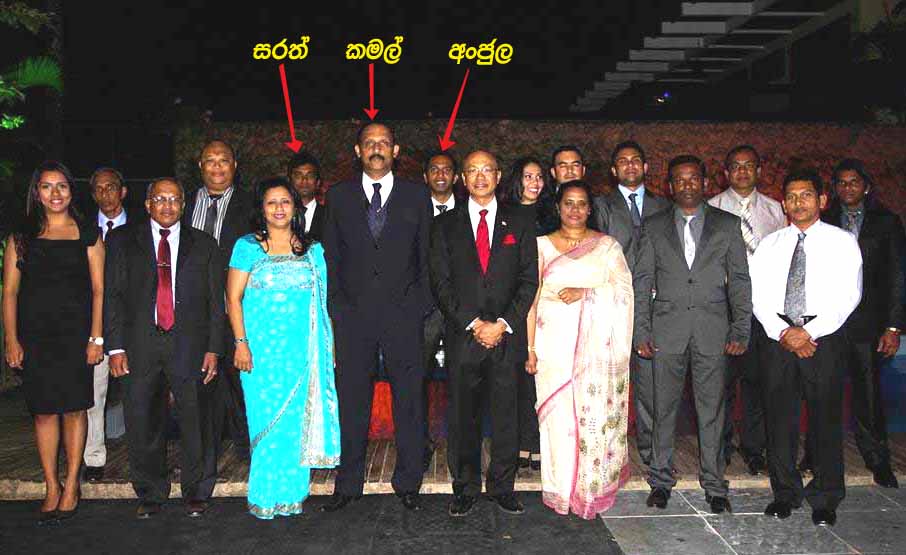