Udaya R. says ‘yes’ after as many as four others declined to accept the post of secretary to president ! 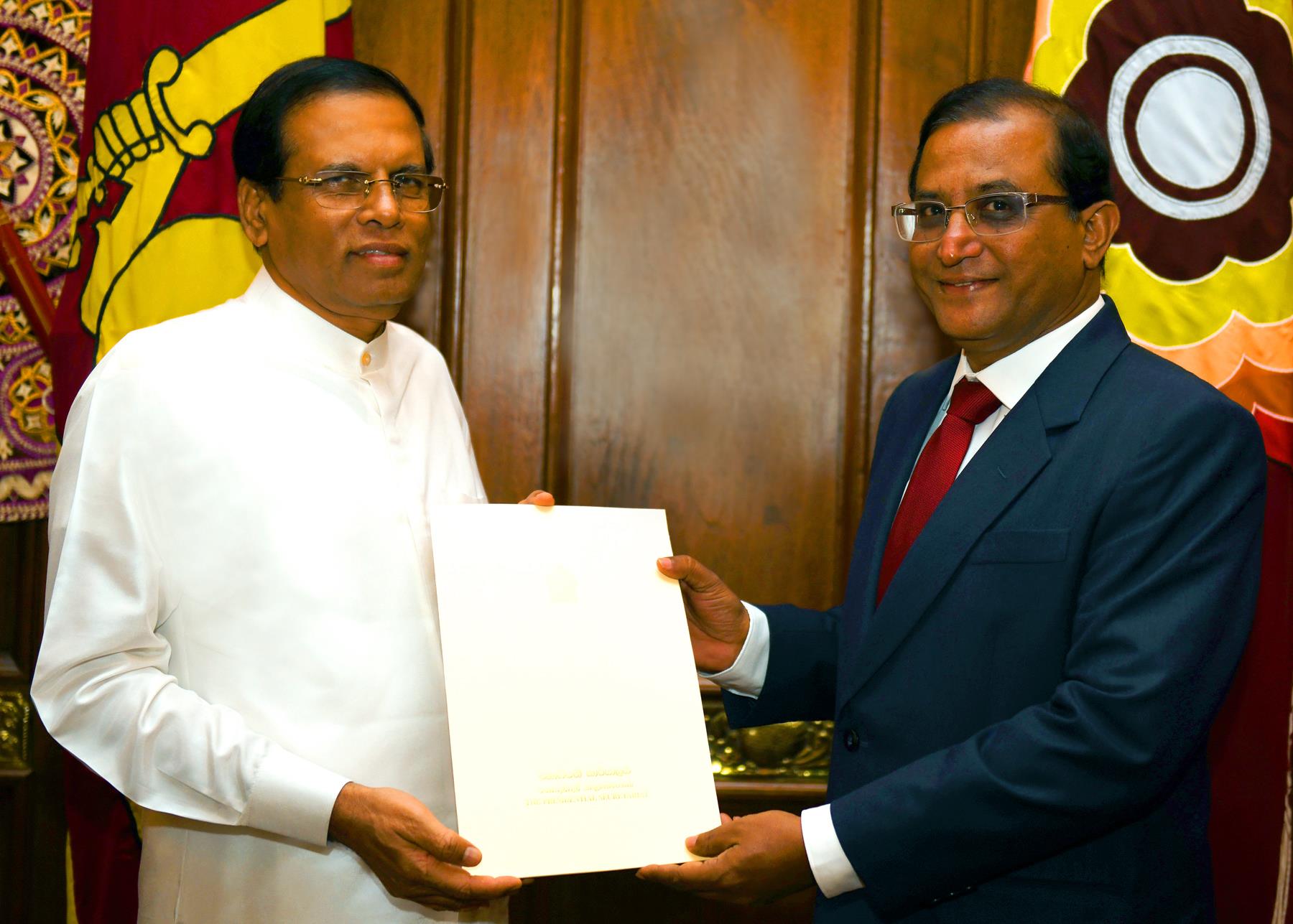 He received the appointment letter officially from the president on the 06 th afternoon at the presidential secretariat. Seneviratne who was previously the secretary to ministry of science, technology and research, went on retirement some months ago..

Seneviratne who has 37 years experience in the state administrative service , had earlier worked as permanent secretary in the  ministries of sports , Highways and investment promotion , Productivity   promotion , Environment and Mahaweli development. He had also worked as  the additional secretary at ministry of foreign affairs , and as deputy secretary at ministry of finance and planning.

It is interesting to note as many as  four officers declined to accept the post of secretary to the incumbent president  following the resignation of Austin Fernando . Finally it is Udaya R Seneviratne who agreed to accept it.