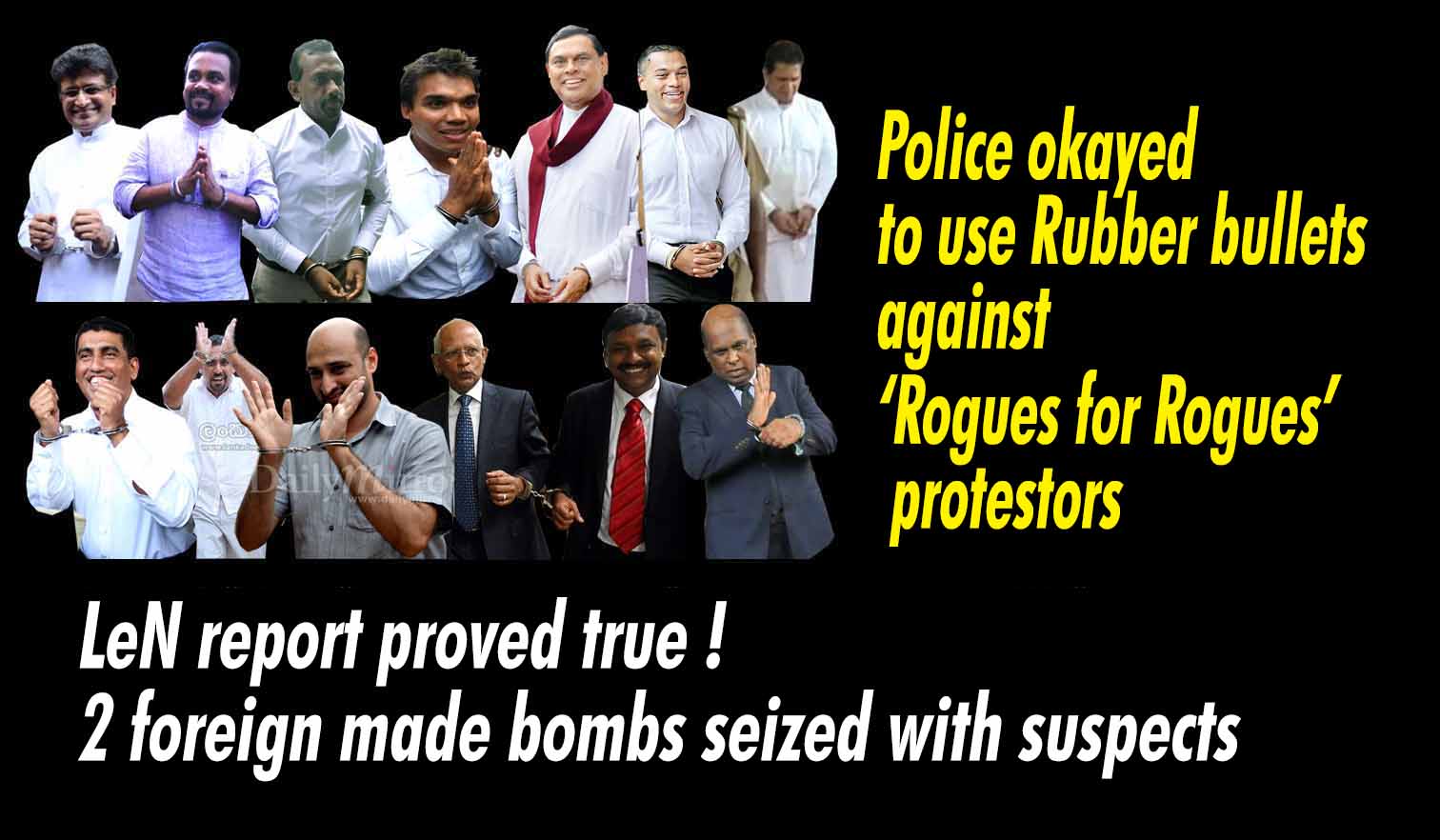 (Lanka-e-News -05.Sep.2018, 6.45AM) The cabinet yesterday (04) unanimously gave approval to shoot below the knees using rubber bullets whoever trying to disturb the peace of the people or causing damage to common property , according to reports reaching Lanka e news.. This decision was taken in relation to the protest campaign of the ‘horunge rasthiyaduwa’ (Rogues for rogues) (street loafing rogues) today (05) . These meaningless protests are in fact aimed at getting the handcuffs removed of rogues. The cabinet decision which was unanimously passed was conveyed to the security divisions .

At the Police day on the 3 rd , the IGP making an announcement in this connection said categorically , if sabotage activities are resorted to , the police will use not the ‘minimum powers’ but the ‘necessary powers’ to curb and control.

Meanwhile as Lanka e news reported on the 3 rd that there is a conspiracy to commit murder and mayhem during the protest campaign by Rajapakse trained criminals, and fasten the blame on the police , so it was confirmed when two hand bombs of foreign make and two suspects were taken into custody at dawn on the 4 th(yesterday) . This detection was made when a lorry parked in the vicinity of the Aturugiriya expressway was examined , according to Aturugiriya Police.

The police are conducting investigations into why the two suspects were at that place where they were arrested. The suspects are from Weligama and Beruwala . They also had in their possession a quantity of heroin for a single round.

Russian mafia and ‘Gotler’ murder squad conspire : National security at stake ! Namal to be glorified through murders on Sept. 5 th .