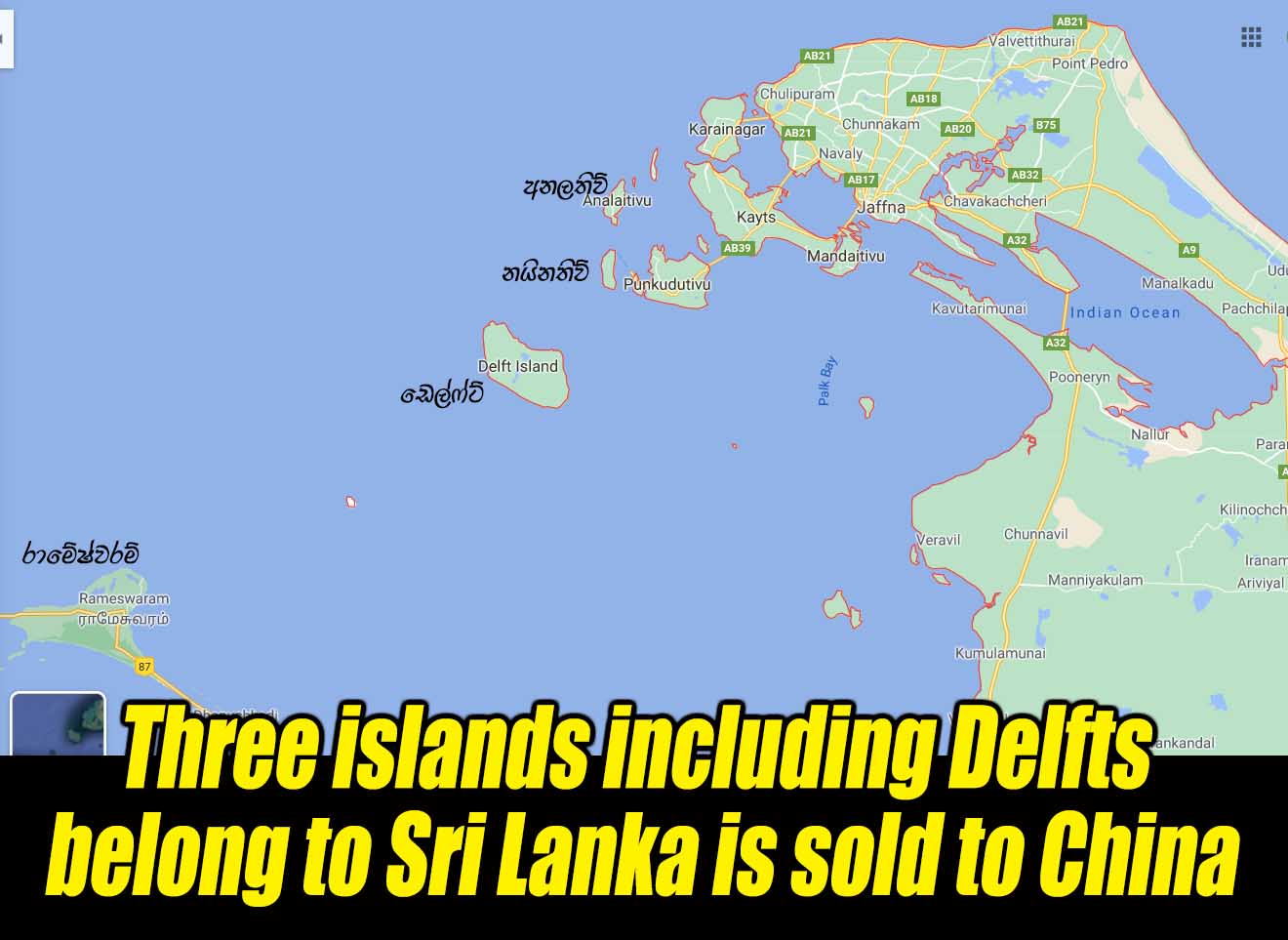 The three islands to be sold to China are Delft, Analativu and Nainativu.

The decision was taken following the unilateral tearing down of an agreement signed between India and Japan to hand over the Eastern Jetty of the Colombo Port.

Lanka e News first revealed about this on December 01, 2019, when Gotabhaya became the President.

"Gota deceives India, threatens motherland from nuclear danger, gives Kachchativu Island to China for nuclear project, another 400 hectares to be filled and join with port city" In our report published that day in May, it was stated as Kachchativu Island. However, India has decided to replace Kachchativu with other islands after announcing that India will reclaim Kachchativu if Sri Lanka withdraws from the Indo-Lanka Accord. However, these islands are much larger than Kachchativu.

According to the report, a delegation from the nuclear power company Dongfang Electric Corporation (DEC), the backbone of the Chinese central government, met with Secretary to the President PB Jayasundera and a group of Sri Lankan naval officers visited Kachchativu Island on November 21, 2019 by helicopter.

Meanwhile, former parliamentarian Palitha Range Bandara recently revealed that Sri Lanka is not investing five cents in Gota govt's power projects with China, but instead outrightly giving the land to China and then to buy electricity from China.

However, the above three islands are very close to India. Rameshwaram, a city on the Indian coast, is located at a distance of 48 km from the historic island of Delft. Gota’s decision not only anger India but could rage India.