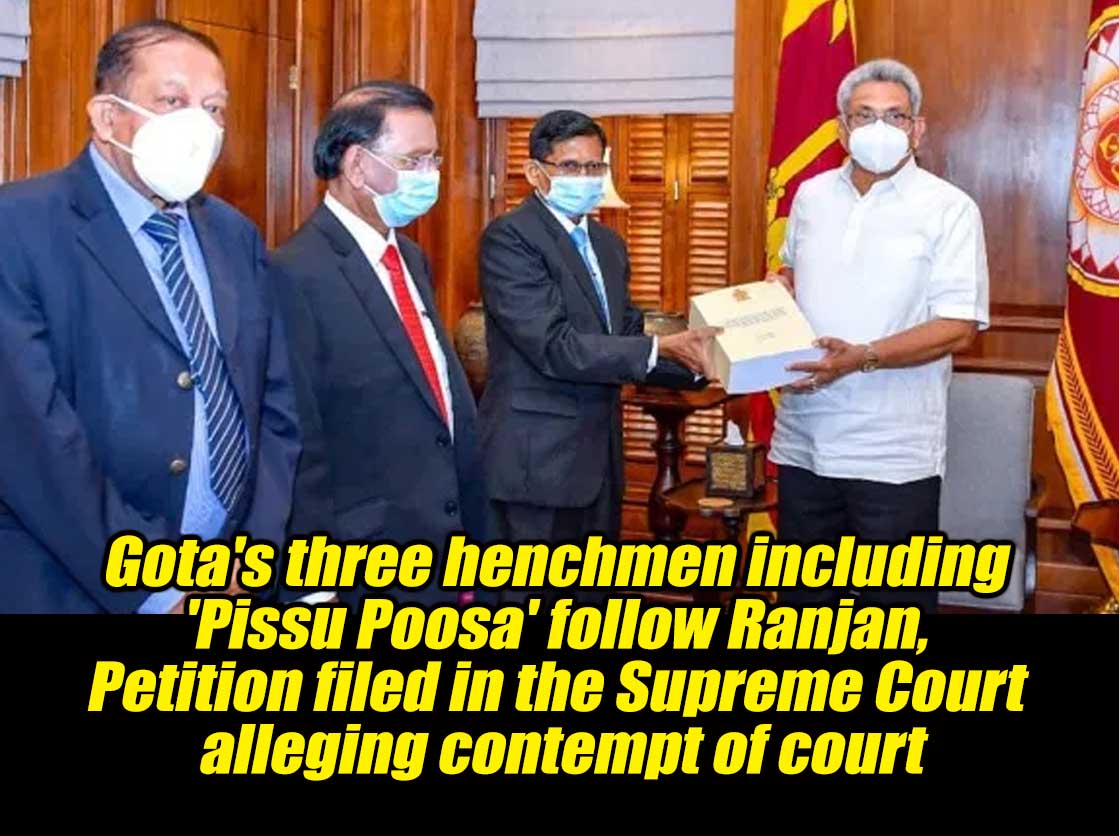 (Lanka-e-News -03.March.2021, 11.00PM) An opportunity has risen for henchmen of the presidential commission Upali Abeyratne alias' Pissu Pusa ', Daya Chandrasiri Jayatilleke the corrupt pensioner judge, and Chandra Fernando, the most corrupt pensioners IGP to join with Ranjan Ramanayake in the prison. That is due to none other than a petition filed by four lawyers in the Supreme Court today alleging contempt of court by the polygamous commission report on political revenge recently released by the above three.

After Gotabaya Rajapaksa became President, he escaped from the charges against him under the guise of the privilege of presidential immunity. However his cronies did not have such immunity, therefore he appointed a special presidential commission of highly corrupt scoundrels to look into "political revenge" to save his cronies from prosecution. The day after the appointment, Lanka e News revealed their characters under the caption, "A special presidential commission consists of corrupt officials to investigate four institutions supposedly committed political revenge" (Read -https://www.lankaenews.com/news/3134/en) The final report was recently submitted by the same commission.

The commission appointed a second commission of judges to look into how to implement the report's recommendations. It included two Supreme Court judges, Priyantha Jayawardena and Khoma Kumudini Wickramasinghe, and Ratnapriya Gurusinghe, a Court of Appeal judge. Priyantha Jayawardena is a extreme Rajapaksa who was brought to the post of Supreme Court Judge during the presidency of Mahinda Rajapaksa while he was acting as Basil's lawyer. Khema Kumudini is a woman who was in the temple project of Sarath Nanda Silva when he was the Chief Justice. She was a junior lawyer working for the attorney general at the time. Sarath Nanda Silva brought her in and made her a High Court Judge. She was made an appeal court judge despite more seniors due to her flatering activities. She acquitted and released Lalith Weeratunga from the Sil fabric appeal case. One can imagine her pro Rajapaksa attribute. Rathnapriya Gurusinghe is one of the 11 persons recently appointed by Gotabaya to the Court of Appeal. Nine of them were senior High Court judges. One was an Assistant Secretary-General of Parliament.  The only other person appointed from the Attorney General is Ratnapriya Gurusinghe. He was appointed because he was a Rajapaksa puppet. However, Rathnapriya Gurusinghe has resigned from the commission now. Instead, the newly appointed judge for this commission is R.M. Sobhitha Rajakaruna from the Court of Appeal,

A commission that convicts the judges who have given verdicts against criminals..

Gotabaya's Presidential Commission has no end in its sight. President's Counsel Srinath Perera said this commission chaired by Upali Abeyratne, alias Pissu Poosa ‘s commission report is a stupid report that neither a law student nor a judge would draft such a report. The report of this Upali Aberathne alias Pissu Poosa (crazy cat) Commission, which recommended the release of imprisoned criminals and the prosecution of the complainers, the police officers who conducted the investigation, and the legal team of the attorney general department who filed the charges, is a polytheism rejected by any intelligent beings in this world. One lawyer said that if such crazy commissions were allowed to dispense justice above the judiciary one day, even the judges who ruled out the criminals would be asked by this insane commission to punish the judges.

It is against this backdrop that four lawyers filed a petition in the Supreme Court today alleging contempt of court against Upali Abeyrathne alias Commission report. It mainly highlights the Commission's recommendation to release the murderer Duminda Silva as it has no powers as per the gazette to order authorizing the Commission. Duminda Silva, who was sentenced to death by hanging was after hearing initial cases followed by two appeals, which is not a political revenge whatsoever. Despite three courts confirming that he was the main killer in the murder of four persons including Bharatha Lakshman in broad daylight, judge Upali Abeyrathna and the three lunatics has recommended to release the prime killer Duminda Silva. Meantime .The petitioners have asked the Supreme Court to look into the matter and take appropriate action, alleging that the recommendation was an insult to the judiciary and a violation of the judiciary and civil liberties.

The Supreme Court must protect its judicial dignity..

The petitions were filed by four eminent senior lawyers of the country. The four are Attorney-at-Law Achala Seneviratne, Attorney-at-Law Senaka Perera, Attorney-at-Law Thambiah Jeyaratne Raja and Attorney-at-Law Namal Rajapaksa (not the fake lawyer) Accordingly, if the Supreme Court rules that the report of Upali Abeyratne, Chandrasiri Jayatilleke and Chandra Perera has insulted the judiciary It is impossible not to give the sentence given to Ranjan Ramanayake.

The public expects the Supreme Court to act to protect its judicial dignity. The petition submitted in full is shown in the images below. 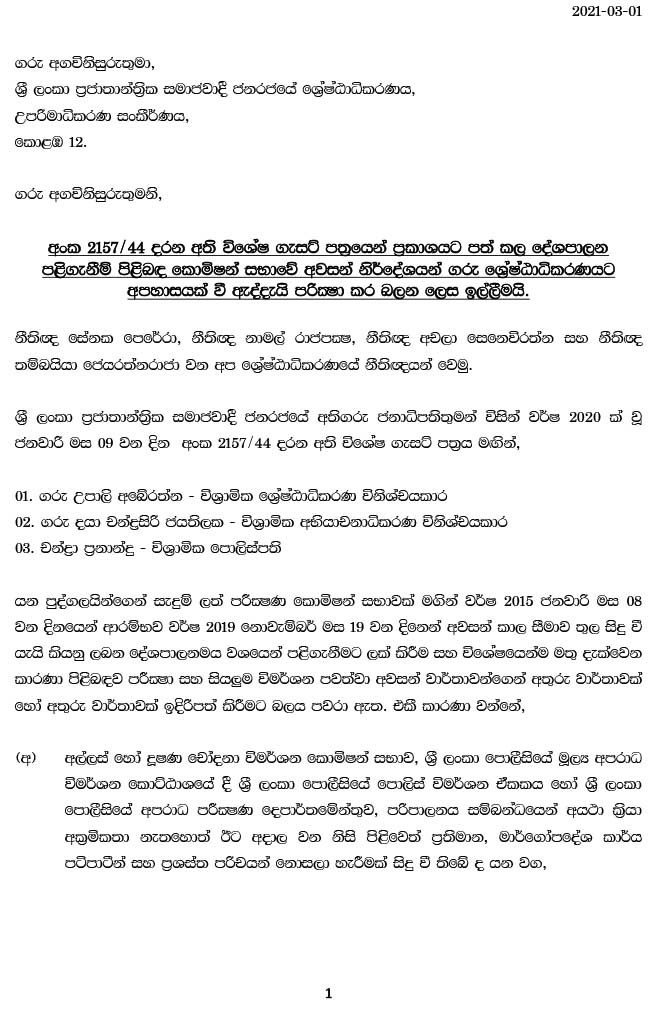 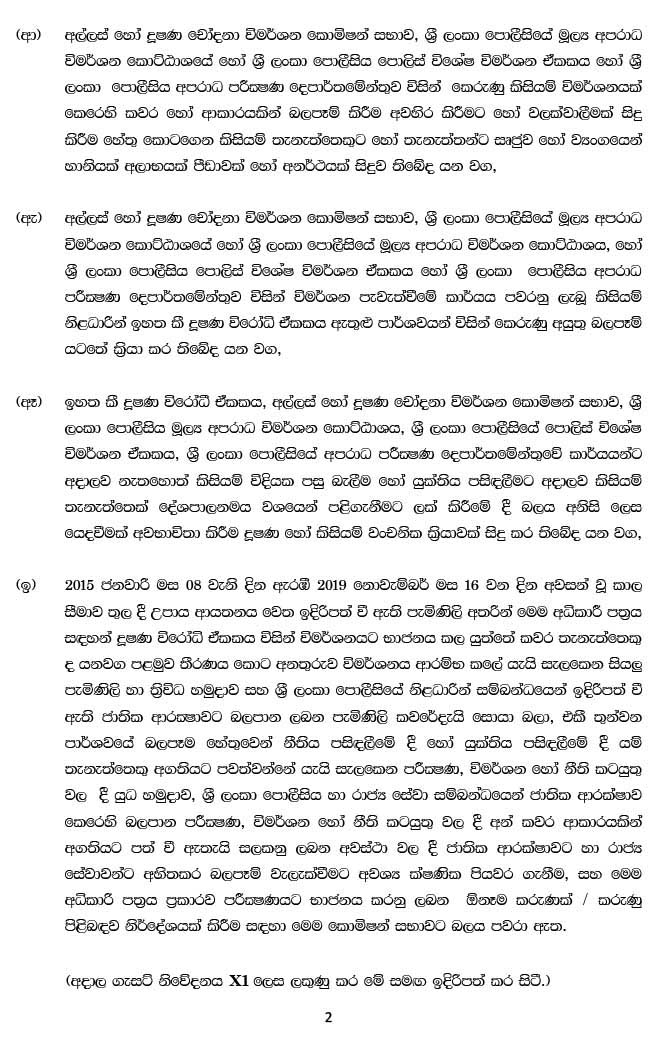 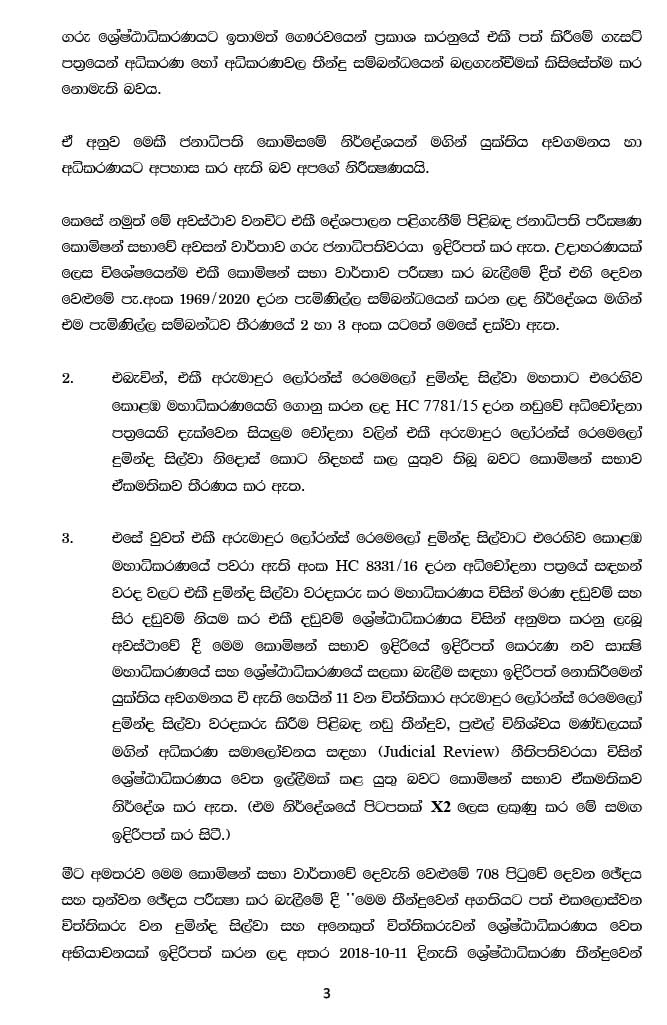 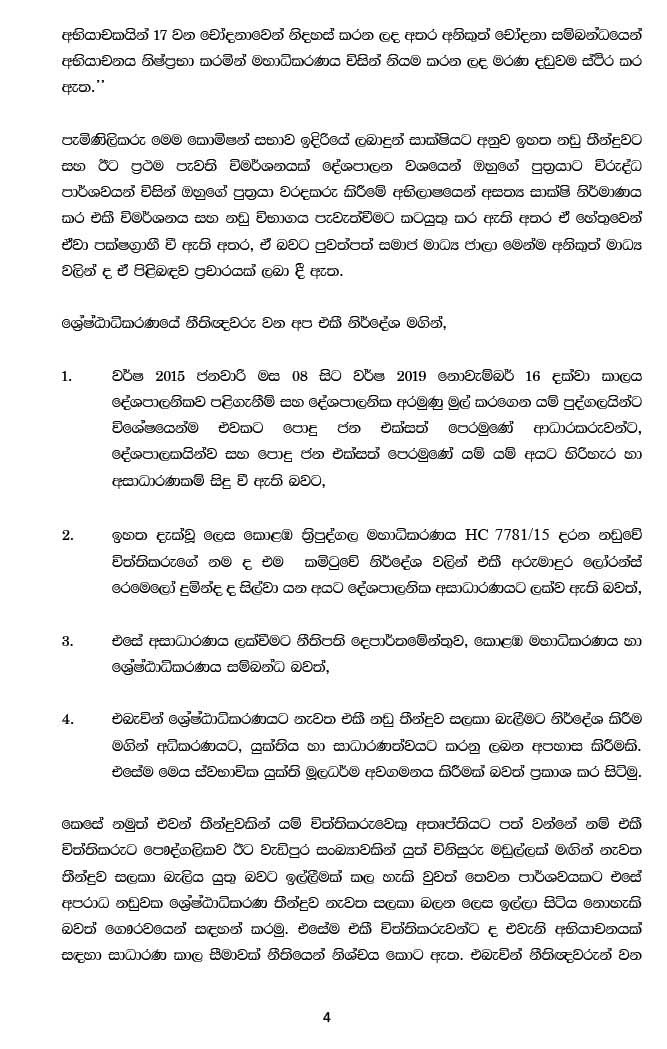 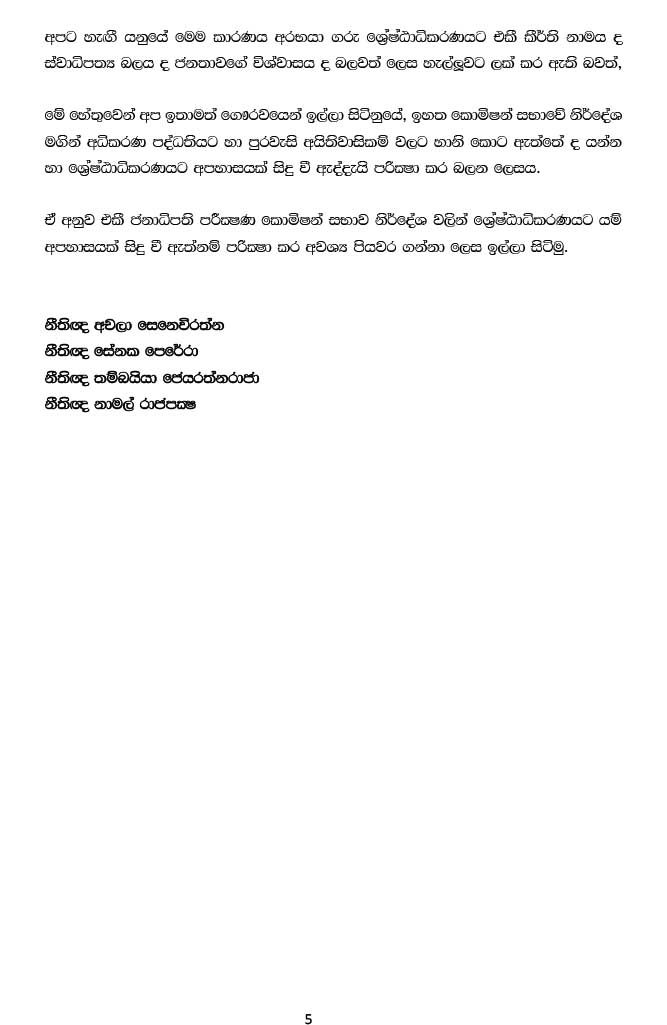