"Yeah, we'll kill those in our custody. What can you do?” Let us look at our judiciary..! 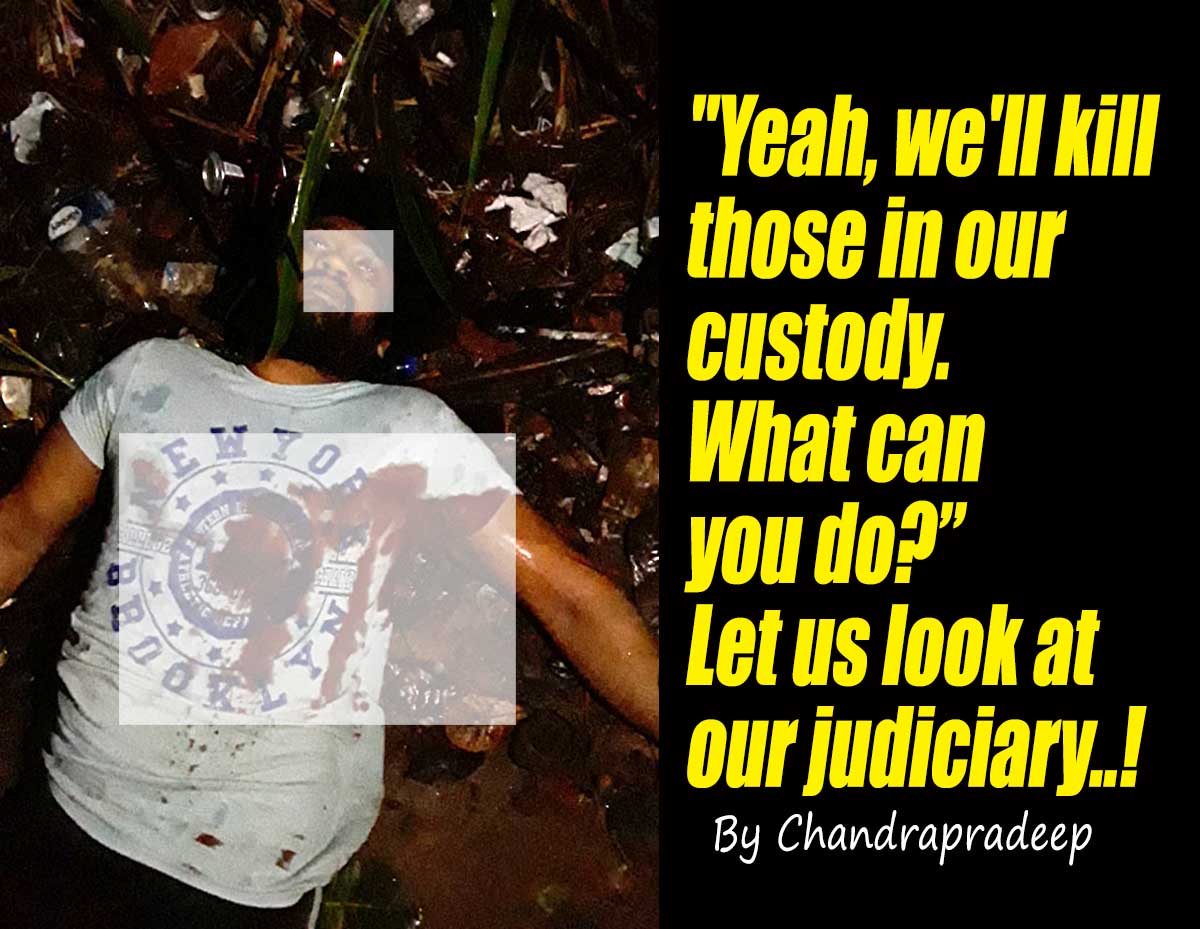 Police Media Spokesman Attorney at law Ajith Rohana stated that according to the information revealed during the interrogation, the suspect was taken to the Rendapola area in Meerigama this morning, the suspect was shot by the police while attempting to escape from police custody. He was later admitted to the Mirigama Hospital where he succumbed to his injuries. Ajith Rohana stated that a police inspector had also been shot during the exchange of fire and the latter had been admitted to the Wathupitiwala Hospital. (Wathupitiwala Hospital is a place where the heads of hospital chiefs lied on behalf of the Rajapaksas about the recent fake clinical trials of Dhammika Peniya) Ajith Rohana also said that he would report the matter to the Attanagalla Magistrate's Court.

However, the police did not name the police inspector who was shot and did not give any evidence to the media. In his statement, Ajith Rohana stated that Kosgoda Tharaka was a suspect wanted in connection with seven murders, but according to the police report received by Lanka e News regarding Tharaka, there are no charges of murder but only three charges of attempt to murder was reported. (The report is presented here)

This is the plight of the Sri Lakan police every day. The day before, on the 11th, Dineth Melan alias 'Uru Juwa', a suspect in police custody, was killed in the same manner. People should always believe these subterfuges of the police.

Before the killing of Dineth Melan alias Uru Juwa, Senaka Perera, Attorney-at-Law, Committee for the Protection of Prisoners' Rights reported the same night that possibilities prevails that Dineth Melan would be killed in a similar way by taking him to show weapons. Kosgoda Tharaka's lawyer Anoj Hettiarachchi also wrote a letter to the IGP yesterday requesting him to protect Tharaka's life stating that it is his department who are in charge of his life. Attorney-at-Law Anoj had sent copies of this letter to the Attorney General, the CID Director, police media spokesperson Ajith Rohana, the OIC of the Special Investigation Unit and the Human Rights Commission yesterday.

Kosgoda Police had even refused to accept a complaint lodged by Kosgoda Tharaka’s mother stating that an attempt to kill his son is imminent. Following the lament of Tharaka’s mother and his lawyers, several opposition politicians, including the Leader of the Opposition, had intervened to prevent this illegal police killing.

In addition to that, a former air force intelligence officer and Lanka e News journalist Keerthi Rathnnayake revealed the plot to kill Kosgoda Tharaka through Lanka e news on the 12th evening. He even revealed the names of the police officers going to involve in the assassination plot. (කියවන්න දේශබන්දුගේ හිට් ස්කොඩ් එක අද රාත්රියේ කොස්ගොඩ තාරක මරා දැමීමට සැරසේ..!)

Yes we will kill whoever in our custody..

In spite of all that, "Yes, we'll kill those in our custody. What can you do about it?” as if arrogantly proclaiming, the police killed an unarmed suspect in the police custody today and uttered a bunch of lies before the media.

The police also published photos of the killings, which took place over the two consecutive days. The police themselves released the manner in which the two suspects were safely handcuffed before the murder and the bloody bodies of the two after the murder. (Those obscene photos are shown here.) However, the police were careful not to publish a photograph of the alleged inspector being shot.

What action taken by the Attanagalla Magistrate..?

Such a heinous, shameless, naked police murder can only be justified by those who suffer from such murderous mental disorders, not by those who respect the rule of law. Now the people have to wait and see what action the judiciary will take regarding this outrageous murder. During the magisterial inquiry, will the judiciary accept the blatant everyday lie preached by the police as in the past? This is because the people who believe in the rule of law in this country are waiting to see if the judiciary will ignore the fact that the police plan to kill Tharaka has been fully revealed before.

Something similar happened recently. That was in connection with the brutal attack of a son who was a law student of President's Counsel Maithri Gunaratne at the Peliyagoda Police Station. The Colombo Magistrate who inquired into the case told the police that the court could not believe the lies that were being told by the police when they came before the court. Accordingly, she ordered the police to arrest Chief Inspector Linton de Silva, who had assaulted while granting bail to Maithri Guarathe’s son. The Attorney General had later ordered the arrest of Linton de Silva. But the police only suspended three constables, including Linton. Linton de Silva has previously been charged with the murder of three suspects in police custody. Since then, the case of Maithri's son has not been completed but the IGP has ordered the reinstatement of chief inspector Linton de Silva. That incident shows that there are times when the judiciary does not believe the pretences of the police while the police don’t respect the court orders and the orders given by attorney general.

We can well remember the bullets of the Rajapaksas..

Not only the people but also the international community will unanimously acknowledge that the Sri Lankan judiciary will support these brutal killings if the Attanagalla court protects the police from this brutal police murder that took place despite revealing everything to the world about the Kosgoda Tharaka’s pre assassination plot. If the government, police and the judiciary jointly kill a suspect in police custody only God can protect the fate of the people of that country.

The Gota government who is becoming very dis-popular preventing the spread of Korona is building its popularity by a wave of underworld killings. However, these illegal killings would be unleashed against anyone who is dissident in the future.

We can well remember the Rajapaksa bullets fired at the people of Rathupaswala who demanded water. 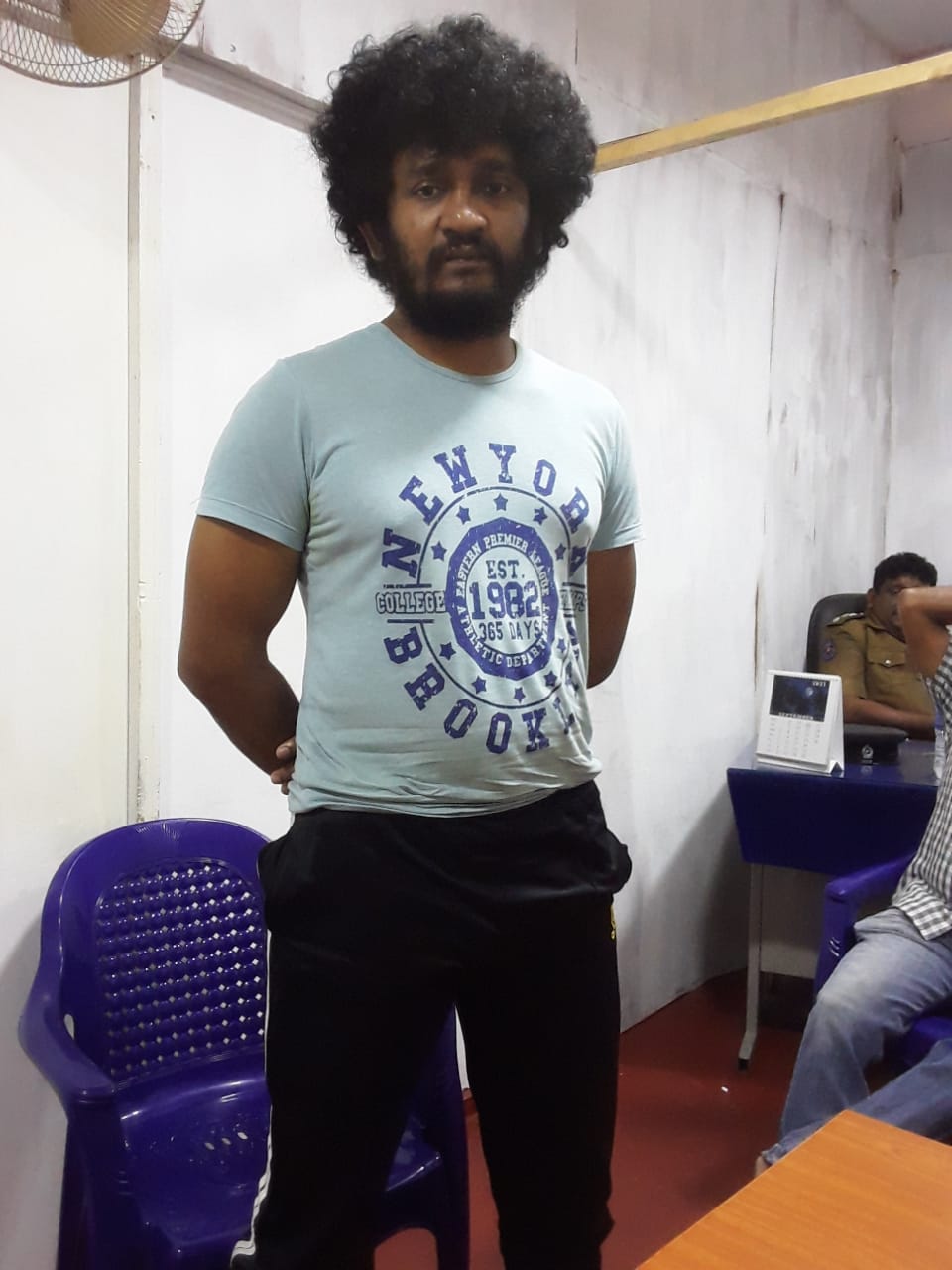 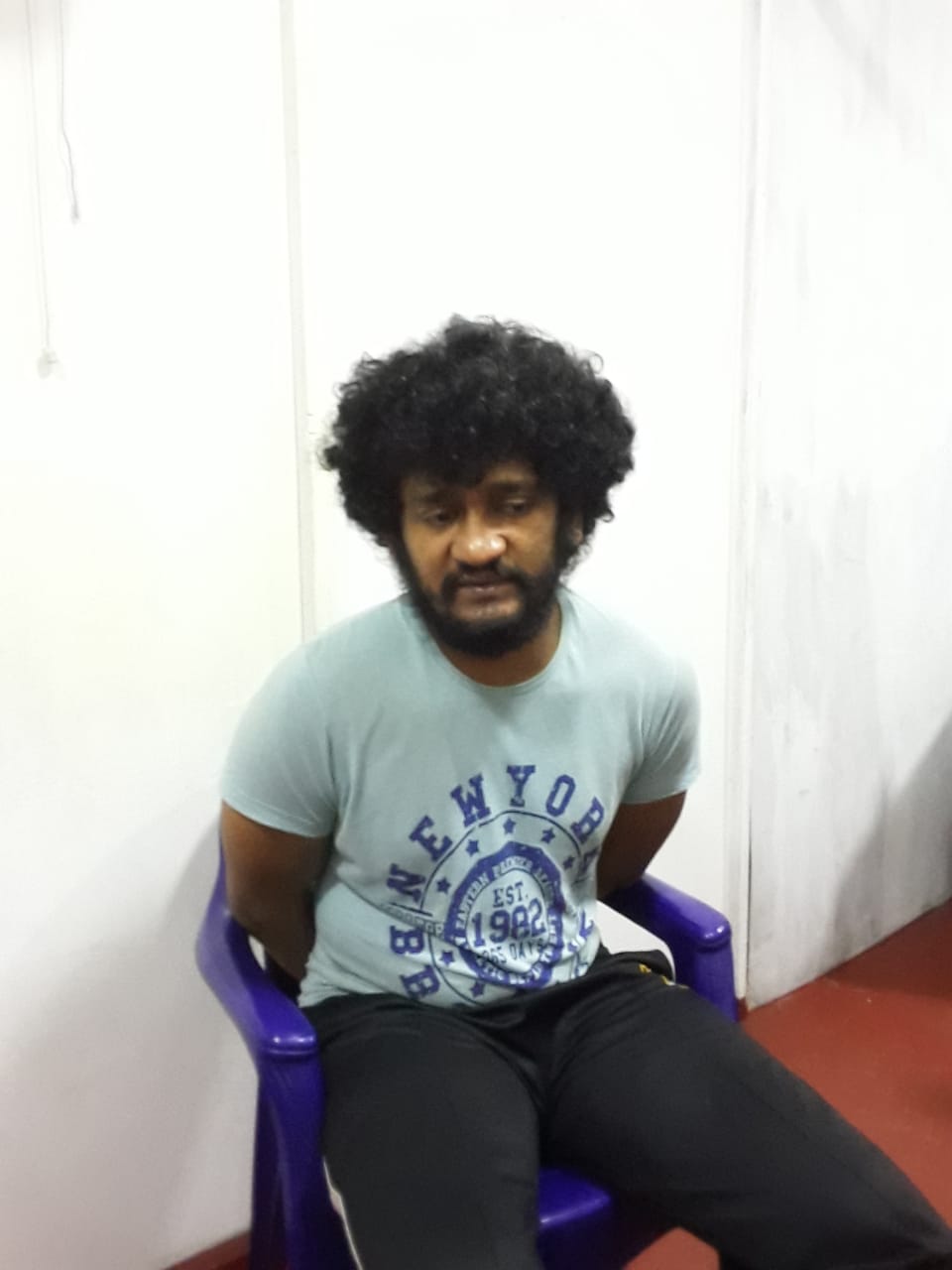 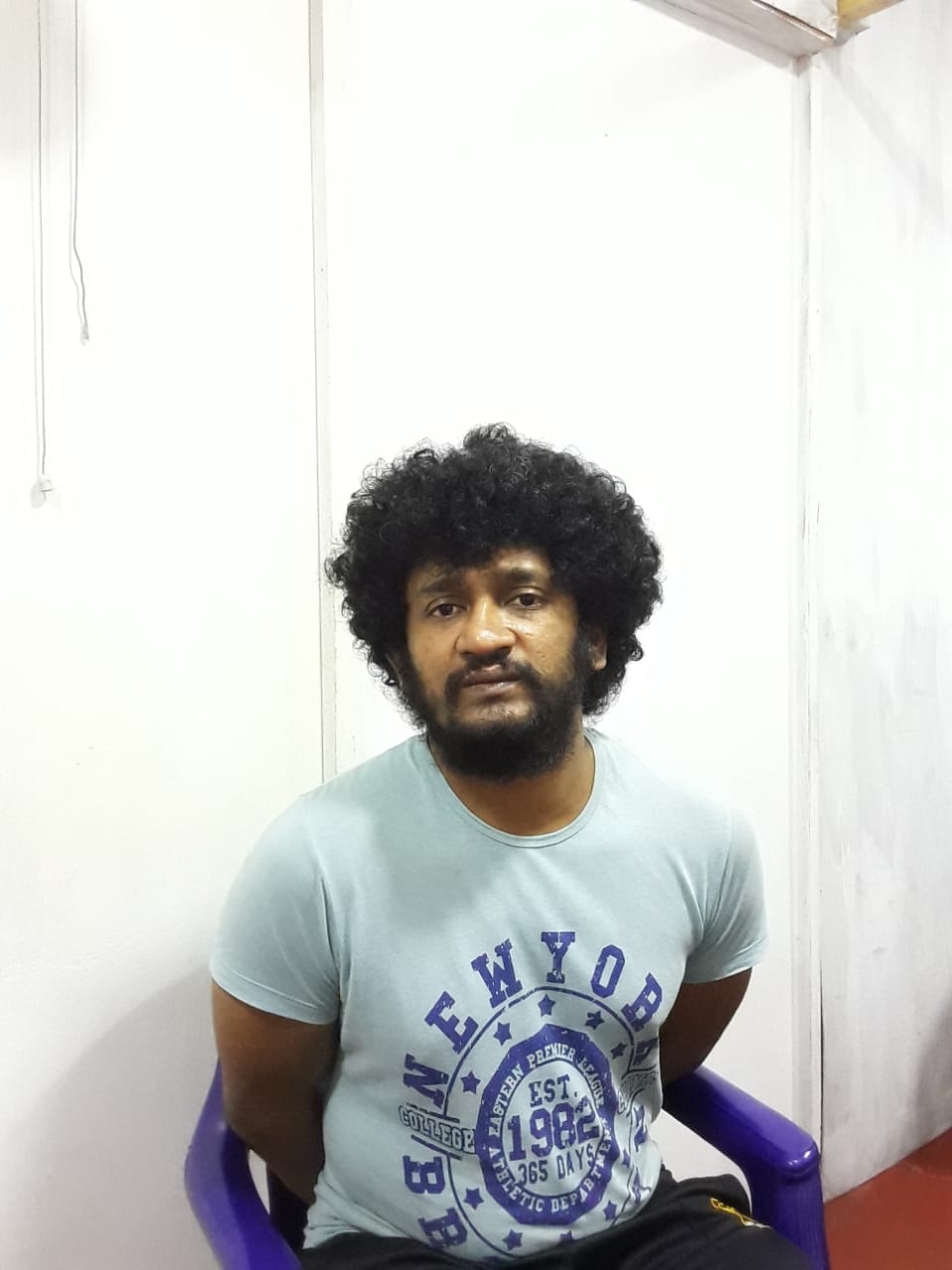 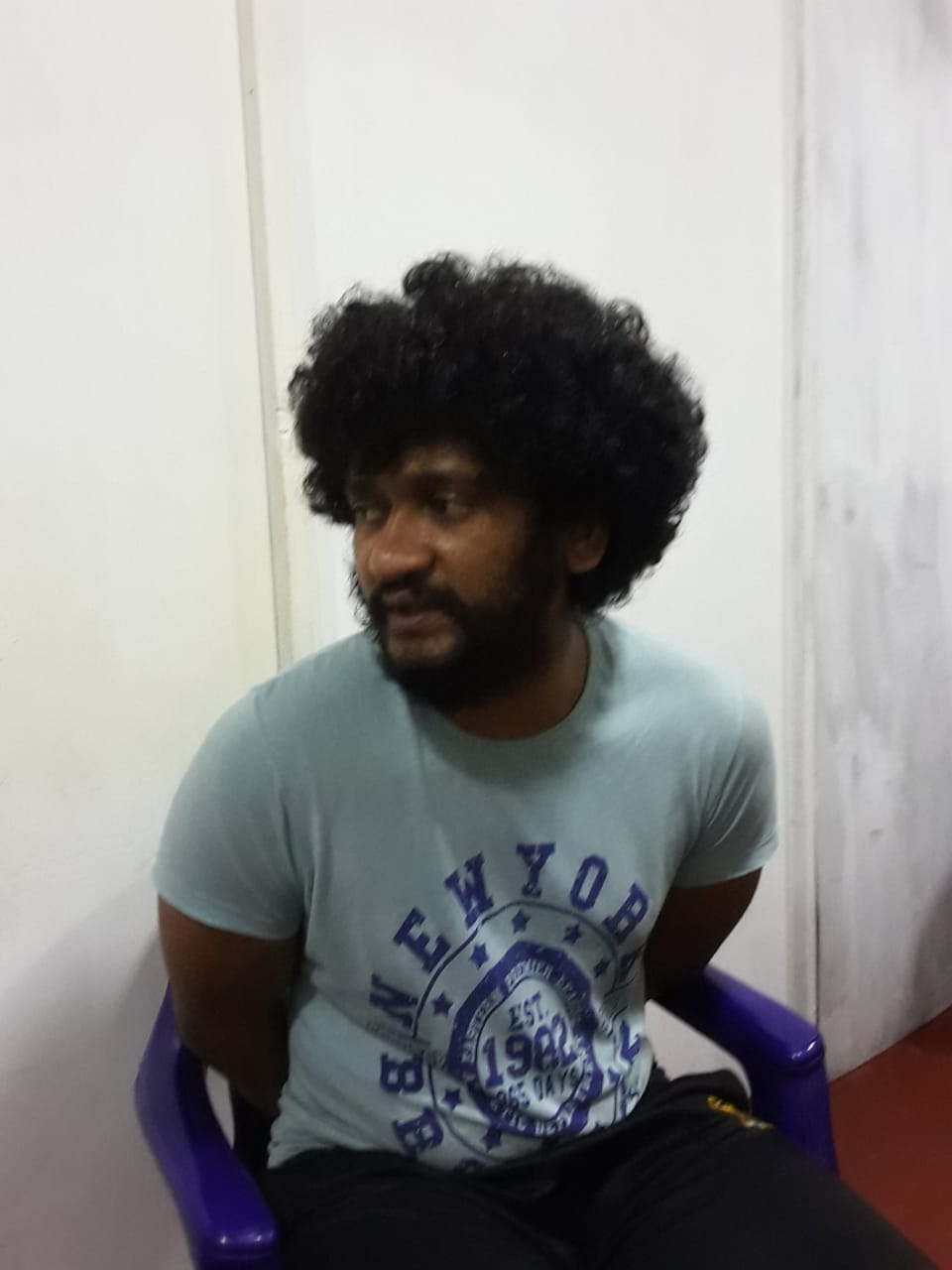 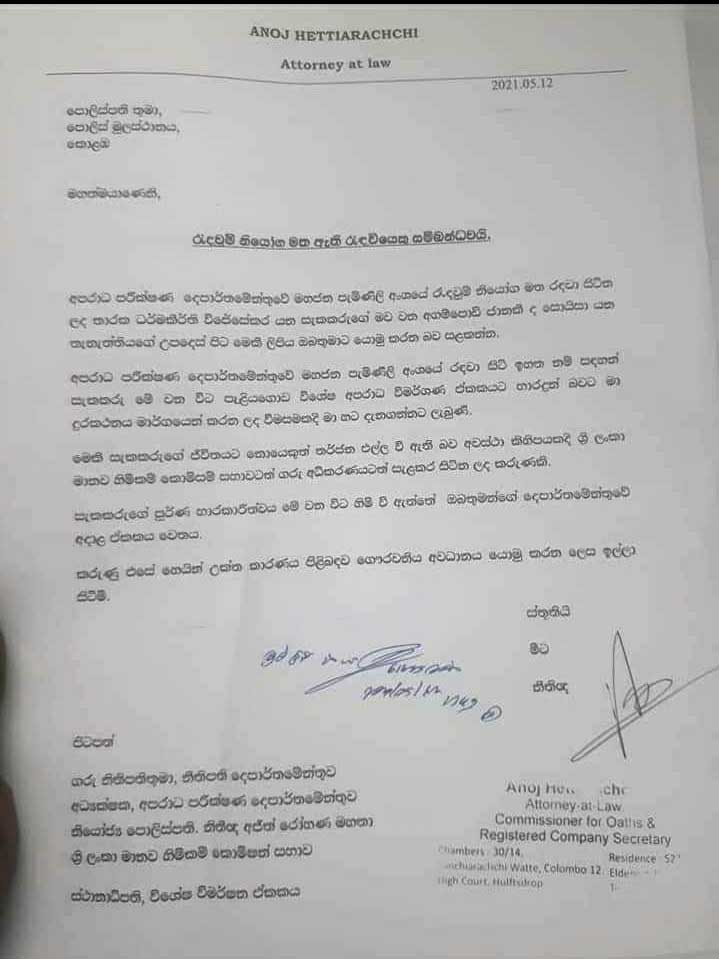 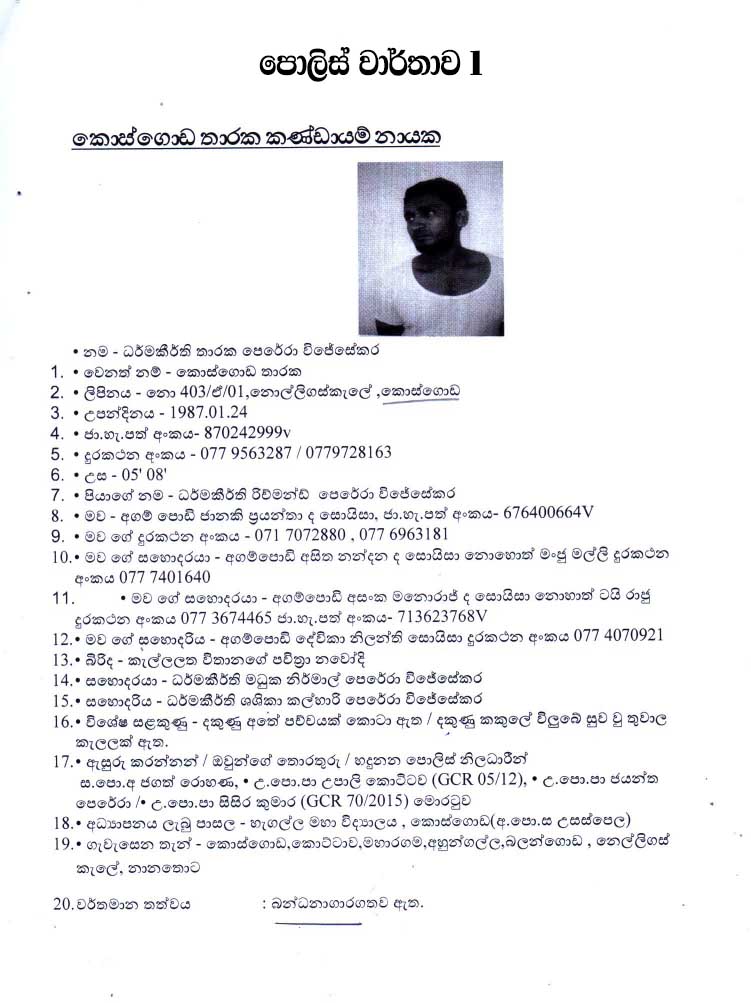 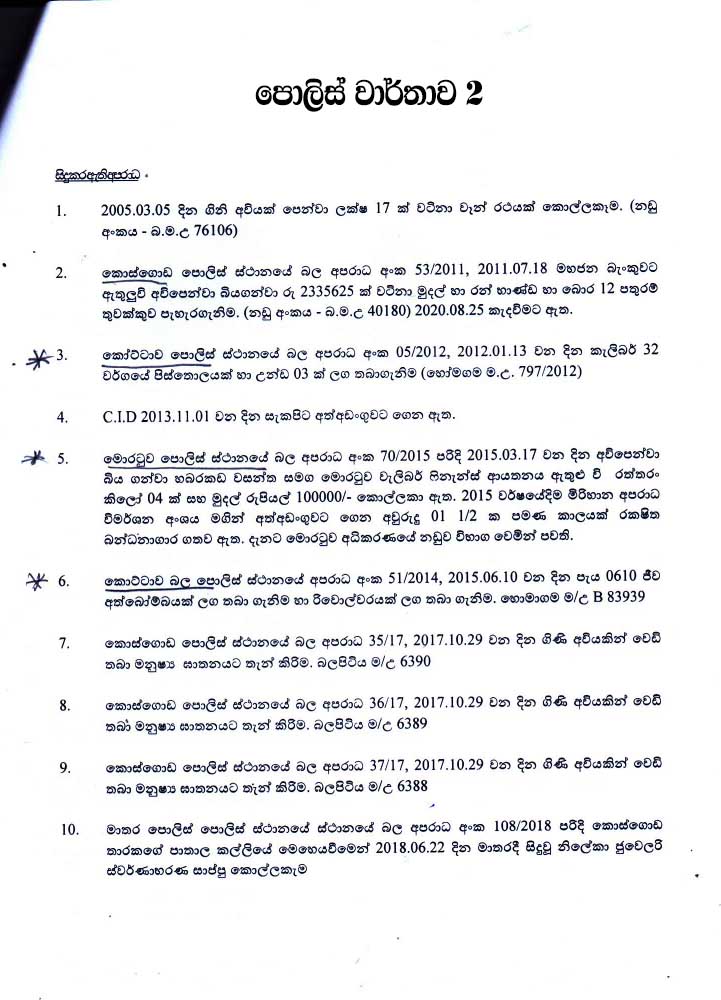