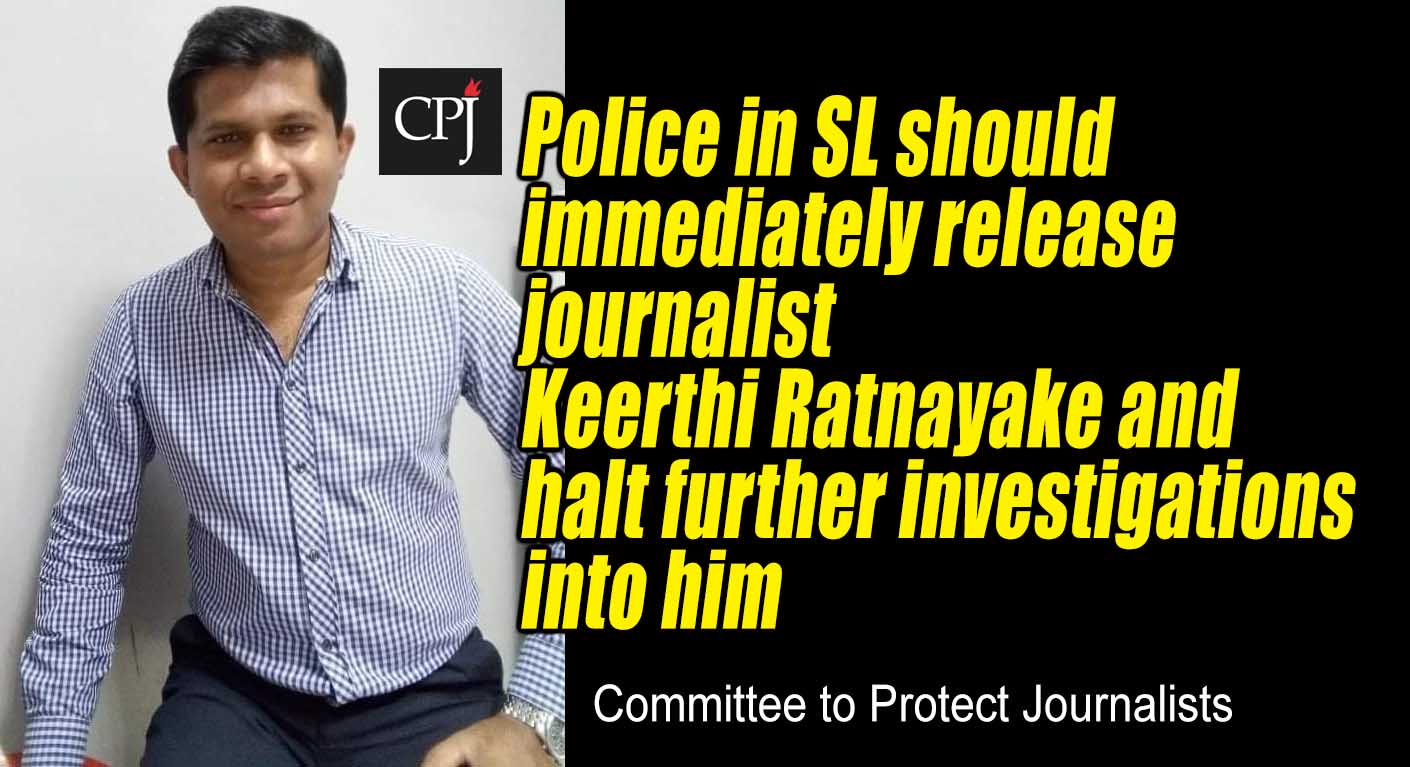 Ratnayake, a former army intelligence officer and regular freelance contributor to the London-based, Sri Lanka-focused news website Lanka-e-News, was summoned to the Kollupitiya Police Station in Colombo in western Sri Lanka on August 14 to answer questions about information he had provided to the Indian embassy in Colombo concerning a possible terrorist attack on the embassy, according to Lanka-e-News and news reports.

After reporting to the police station, Ratnayake, who covers defense and politics, was subsequently ordered to be held for 90 days at the station under the Prevention of Terrorism Act, while his home was searched and computers and phones confiscated, according to the reports.

He has not been charged with a crime, according to a person familiar with the case, who spoke to CPJ on condition of anonymity due to fear of reprisal. While in custody, police have pressured Ratnayake to reveal his sources for a warning he gave to the Indian embassy and for stories critical of the government he had written for Lanka-e-News, according to the person. The person did not name specific stories.

Sandaruwan Senadheera, editor of Lanka-e-News, told CPJ via messaging app that he believed Ratnayake was arrested and held by the police because of his critical articles for the website given that he has been questioned about his journalistic activities, which have nothing to do with the warning he gave to the Indian embassy.

“Sri Lankan authorities need to release Keerthi Ratnayake from custody, return his electronic devices, and stop trying to force him to reveal sources,” said Steven Butler, CPJ’s Asia program coordinator. “Providing safety information to a foreign mission is hardly a crime, and should not serve as an excuse to investigate the work of a critical journalist, in the process severely undermining press freedom in Sri Lanka.”

Under the Prevention of Terrorism Act, individuals may be held initially for up to three months without charge.

(The Committee to Protect Journalists is an independent, nonprofit organization that promotes press freedom worldwide. CPJ defend the right of journalists to report the news safely and without fear of reprisal.CPJ is made up of about 40 experts around the world, with headquarters in New York City.)