Rajapaksha family has gone to buy another island in the Maldives despite lack of dollars in the country...! Dealer returned to Sri Lanka Sunday...! Here is photo evidence...! 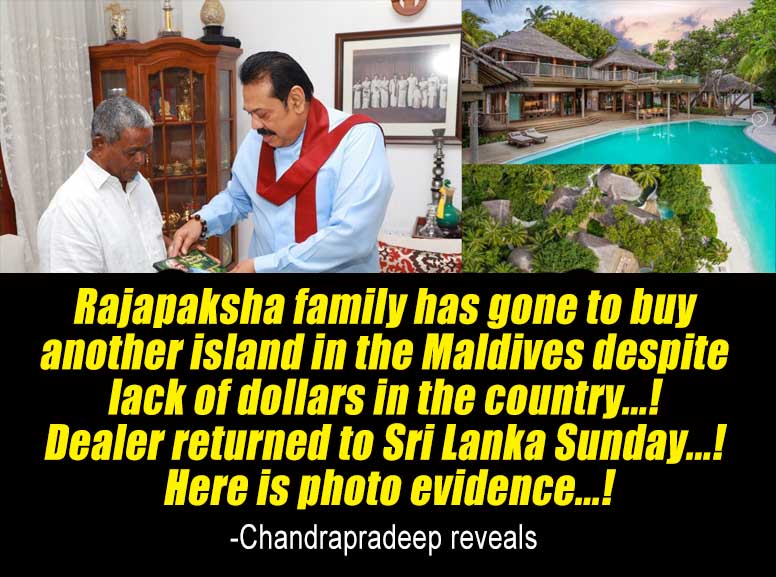 (Lanka-e-News -14.June.2022, 2.30PM) The treacherous Rajapaksa family, who has been robbing the country of its national wealth for decades, are now planning to buy another new island from the Maldives, even though the country does not have a single dollar to buy the medicine the patients need. According to reports from the Maldives, this is the third island they are going to buy. Uditha Loku Bandara, the dealer for the Rajapaksa family, went to the Maldives on the last 5th  for the initial transactions, and returned to Sri Lanka last Sunday (12). (Air tickets are shown here.)

A story about  stealing money from Mahinda's credit card by Uditha Loku Bandara was circulated on media (not LankaeNews) in the recent past. It is now clear that those things were done to cover up the deals carried out by Uditha on behalf of the Rajapaksas. Then everyone thought that there is a quarrel between Uditha Lokubandara and the Rajapaksa family due to stealing by Uditha but it is not true. It is just hocus-pocus!

The Maldives is a country of 1192 islands and those islands can be taken on long term lease for tourism. If a foreigner makes such a purchase, it must be a joint venture with a local businessman. The Rajapaksa family's partner in the Maldives is Mohamed Moosa alias 'Uchchu', the owner of the “Champa Group” and the country's number one billionaire. Maldivians say that ‘Uchchu’ has got money to burn. This 'Uchchu' is also a funny man  that suits to the Rajapaksas themselves.  Although the Maldivian President appointed a  Commission against him for money laundering of US$ 3.5 million, the final result was similar to the outcome of commissions by the presidents of Sri Lanka.

The Rajapaksa family has already bought two islands with 'Mohammed Musa' alias 'Uchchu'. One  photo here shows a full-fledged holiday resort on one of these islands. ‘Uchchu’ now owns between 8-10 such islands. He is also the owner of the largest number of seaplanes in the Maldives. (Seaplanes are the main means of transportation in between the islands of the Maldives.) One of his main islands is the island of Hulumale with a holiday resort, or hotel. Uditha Loku Bandara, the dealer of the main character of this story or Rajapaksa family, has also stayed at the Hulumale Holiday Resort from the 5th to 12th. (Here is a picture of him watching TV there.)

While Uditha Loku Bandara was making this transaction on behalf of the Rajapaksas at the Hulumale Holiday Resort, Shiranthi Rajapaksa has guided him by making about fifty telephone calls a day. Its true-false can be ascertained by checking his and her phones.

Finally, there is one thing to say. There is only one method to know the truth of the transaction made in the Maldives by the dealer named Uditha Loku Bandara, who came to Sri Lanka on the 12th. He should be hung on a roof beam by his scrotum. Otherwise,  the truth will be come out through the existing evil law when pigs fly.

The nights similar to 9th May night may be more common in the future, and they could also be more dangerous...! 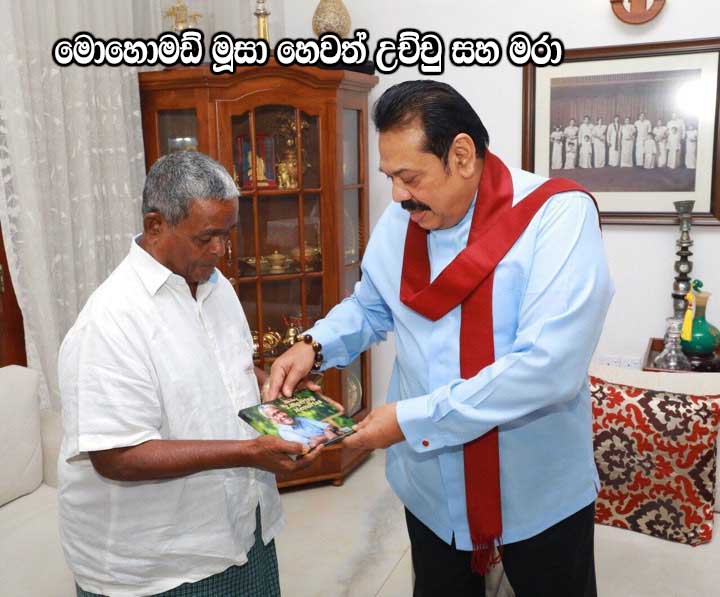 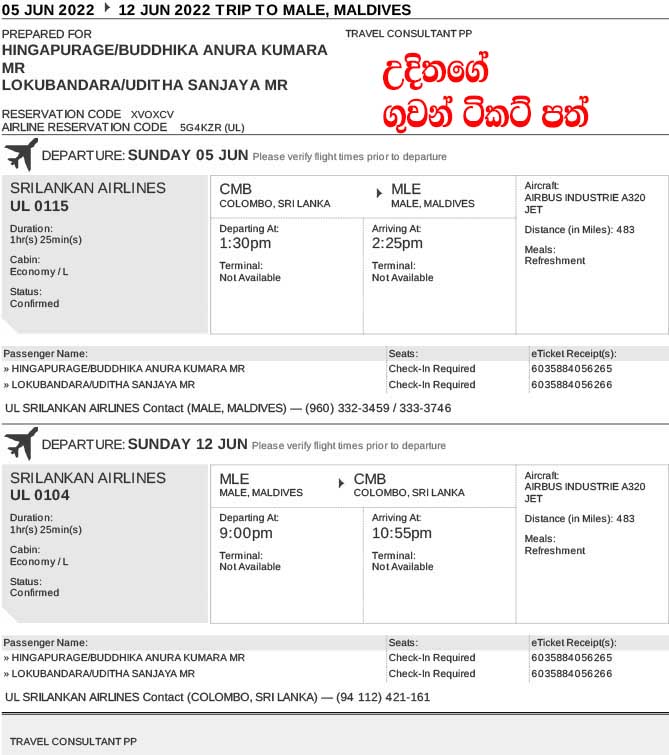 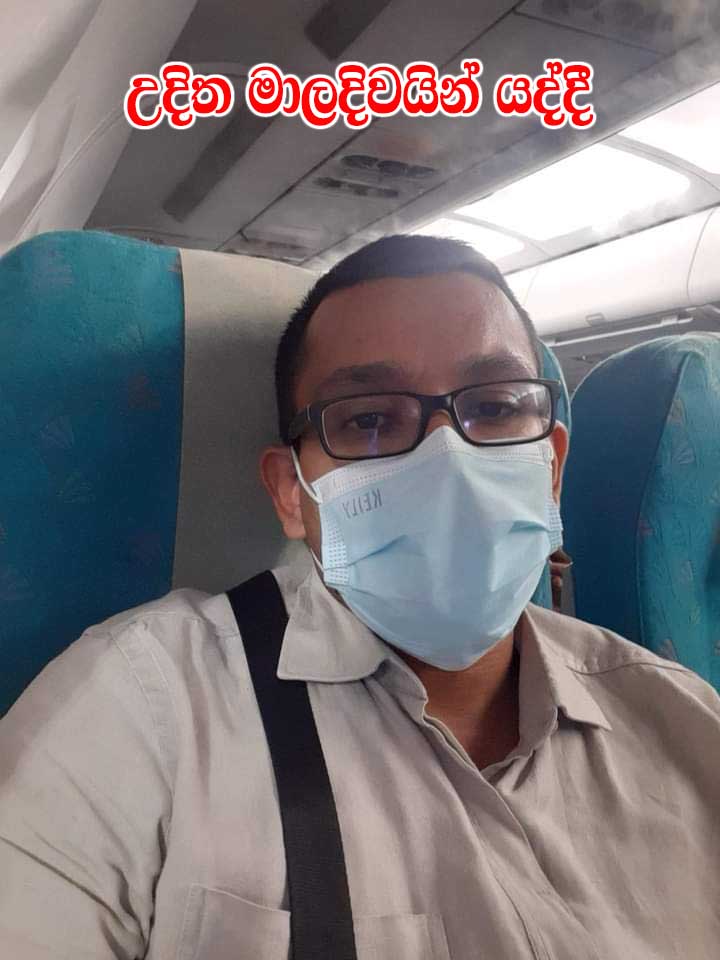 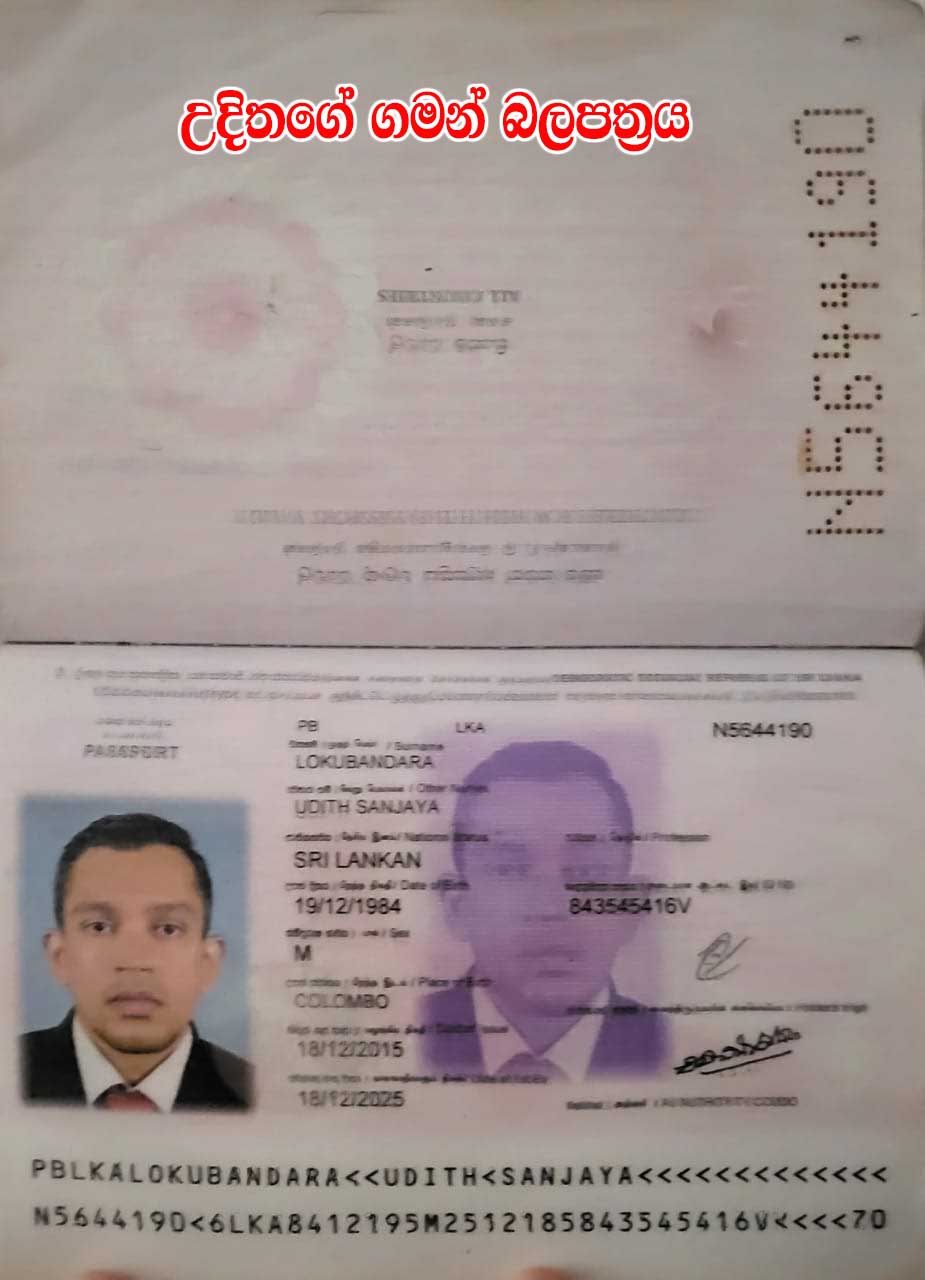 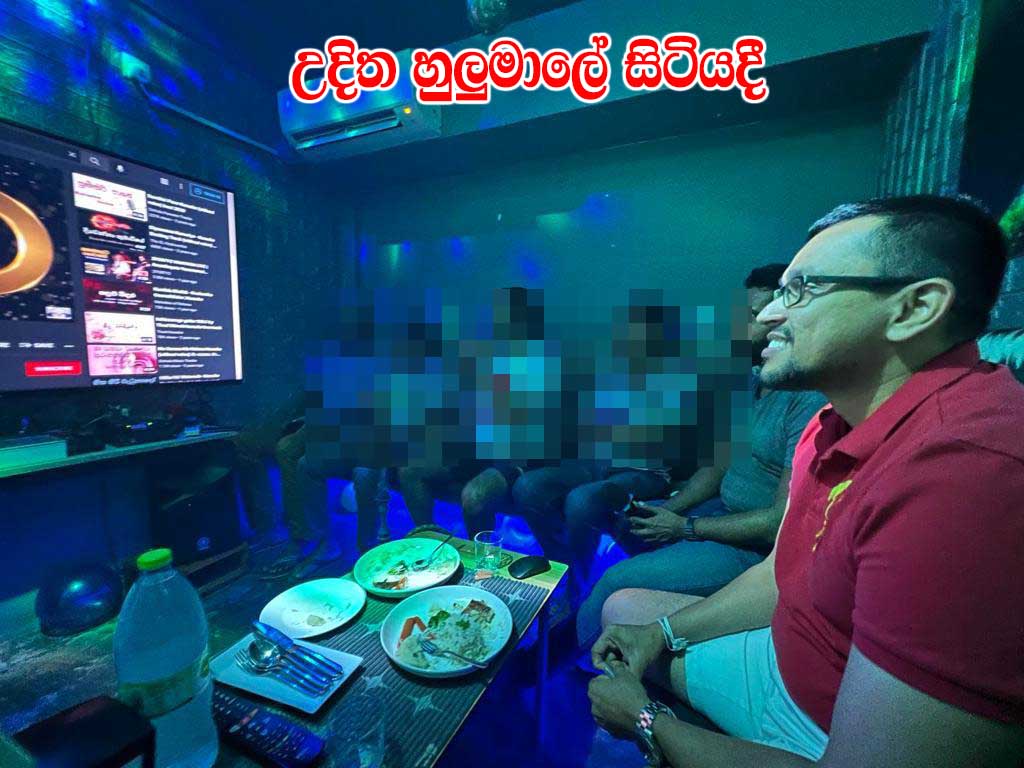